In 2012, Saipem Angola Branch launched the Angolanization Plan, which would transfer know-how from expatriate personnel to Angolan nationals. The effort was in part driven by a tight labor market and by a lack of training centers that could provide local personnel with the necessary skills required to work on Saipem’s high-spec drilling rigs. Further, high operator expectations for performance meant that learning curves normally associated with new projects would not be acceptable in the long term, Franco Pandolfi, Senior VP Drilling Operative Coordinator for Saipem, said at the 2016 IADC Drilling Africa Conference in Cape Town, South Africa, on 15 February.

The project was also spurred by the “Contrato Programa,” Mr Pandolfi said. It is a decree that requires foreign and local companies in the oil and gas industry to sign a protocol with the Angolan Ministry of Petroleum whereby the companies commit to recruit, train, develop and integrate local personnel in the administrative, technical and management positions.

Under the plan devised by Saipem, the competency development process began by mapping out the knowledge and experience required for every position. Then, a gap analysis was performed. “Through an interview and test of new candidates, we determine existing gaps between the competencies held by the candidate and those required for the position,” Mr Pandolfi said. This was followed by conducting training, learning and self-development to bridge all gaps.

On-the-job training was a critical component of the program, as were performance management and coaching, which was typically done by an expatriate. Further, specific career paths were designed for young university graduates, depending on whether the candidate was more suitable for the fast track or the slow track. Mr Pandolfi noted that a fast track would take an individual from roustabout to assist driller in approximately 18 months, while the slow track would take approximately 28 months.

A training center was set up in Talatona that would strategically recruit and develop local talents and cooperate with local authorities on the talent development framework, among other goals. Training was also done outside of Angola when needed, covering topics such as well control and subsea engineering or high voltage training for rig electricians. Drilling programs – in basic and advanced levels – were created, as was a language communication program. The latter was aimed not just at locals but also at expatriates, Mr Pandolfi said. Under the program, Portuguese lessons were offered for office-based expat personnel to facilitate communication with locals.

“From 2011 to 2015, we delivered almost 40,000 training hours for local personnel,” Mr Pandolfi said. “The training was not just focused on operational personnel. We also focused on administration and financial, human resources, procurement and logistics.” In 2012, the main office and logistics base in Angola had 25 expats and only 12 locals. By 2015, they had 17 expats and 40 locals, and the goal is to maintain the same figures into 2017, he said.

Looking at the Scarabeo 9, the semisubmersible was staffed by 214 expats and 30 locals in 2013. By 2015, the rig had 129 expats and 93 locals and hopes to reach 67 expats/155 locals by 2019. “Today, the result is the management and administrative support positions are covered by local talents,” Mr Pandolfi said. “The Luanda main office comprises 70% locals and 30% expats. On offshore rigs, technical positions from floorman to derrickman are 100% covered by locals.” The company is also working to further increase the number of local personnel in the assistant driller and driller positions, he said. 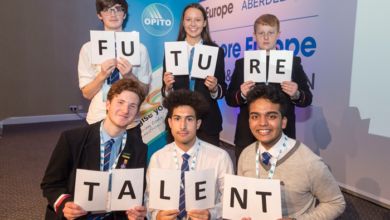 Risk aversion shouldn’t be used as excuse not to innovate