The coronavirus pandemic is reducing oil demand. The OPEC+ production restraint agreement fell apart on 6 March and Saudi Arabia is rapidly increasing supply. The result: Brent crude has plunged to less than $30/bbl.

This will have a significant impact on currently producing fields and future supply. How low can the price go before different sources of production become uneconomic? Where are production shut-ins most likely? Can governments influence the result?

“In the last downturn virtually no out-of-the money production was shut in,” Fraser McKay, Vice President, Upstream, said. “But in 2015/16, prices only dipped below $45/bbl for a year, and below $35/bbl for one quarter.”

“There is no precedent for the scale of potential shut-ins, if there is a prolonged period of low prices, for today’s asset classes,” he added. “The industry’s ability to keep higher-cost barrels flowing will be severely tested.

“Longer-term, the impact of a lack of spend on maintaining existing production and capital spend to replace declines will take over as the primary driver of supply,” Mr McKay said.

Saudi Arabia’s conventional oil has the lowest production costs; with a weighted-average SRMC of just $4/bbl. Russia is also at the low end of the marginal cost curve. Its production requires just $10/bbl on the same basis. The US is the world’s largest oil producer. It completes the trio of the major global suppliers and has a wider SMRC range. Its weighted average is similar to Russia’s, at $9/bbl, but while its lowest cost production is essentially covered by gas revenues, its marginal barrels are more expensive to produce.

“Each of these core producers needs to continue drilling wells to maintain production levels,” Mr McKay said. “But whereas the Saudi and Russian governments decide their own investment and production levels, the US government does not. Individual company strategies fill that role. Those same companies were challenged financially even before the price fell.”

“A weighted-average underlying decline rate – in a zero-drilling scenario – is over 25% year-on-year in the US, exacerbating the challenge for operators,” he added. “This compares to Russia at less than 20% and Saudi at likely less than 10%.”

SRMC represents the price required for existing production to remain profitable. It excludes capital costs required to sustain, or grow, production and is the best way to consider production at risk of shut-in from an economic perspective.

“The variance is huge,” Mr McKay said. “At one end of the SMRC spectrum, free oil! Some gas revenues are sufficient to cover all operating costs; the effective SRMC for associated liquids is $0/bbl. At the other end of the spectrum, production which was already marginal before prices fell. Approximately 0.6 million bbl/day requires a Brent price of over $55/bbl.”

“Canada’s oil sands are at the upper end of the SRMC curve, even in a benign price environment,” Mr McKay added. “The oil sands require an unenviable $45/bbl Brent, on average, to cover the cost of production before CAPEX. If Brent averages $35/bbl for 2020, we expect corporate cash flow from the sector to be $17 billion in the red. The Alberta government would also miss out, to the tune of almost $2 billion, in royalties. But the oil sands is one of the most challenging areas to shut in production. The sector will do everything it can to trim costs first.”

In the short term, companies, governments and other stakeholders are likely to continue producing assets at a loss, as they have in the past, in the hope the price will rebound quickly. But, the current trifecta of oversupply, demand evaporation far greater than the capability to build storage and global behemoths fighting for market share, may require immediate and dramatic action.

“Just as companies rush to minimize the cash hemorrhage, petro-economies may have to act to avoid steep climbs in budget deficits,” Mr McKay said. “Paradoxically, where a high proportion of an asset’s production costs are fixed – think facilities running costs, materials, rent, compliance and so on – the easiest way to reduce unit operating costs is to increase production, if that is an option.”

“If prices don’t rebound, the taps will inevitably be turned off or strategically choked back in some areas. And unlike 2015/2016, production shut-ins may be substantial this time. Given the difficulties and costs associated with restarting mature production, a proportion of this supply may never return,” Mr McKay concluded. 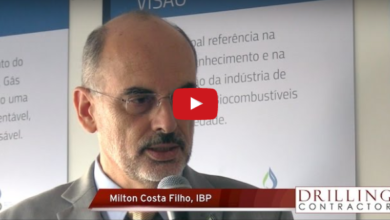