Drilling activity in the UK and The Netherlands sectors of the North Sea during the first three quarters of 2012 exceeded the same period last year and is on target to overtake 2011’s total number of wells drilled, according to an analysis released on 15 October by Deloitte’s Petroleum Services Group. In Norway, drilling is down 44% for the third quarter, with activity focusing on appraisals of existing discoveries, the North West Europe Review states.

The UK’s improved pace of drilling, along with a 5% increase in the number of transactions where oil and gas fields are bought and/or sold, demonstrates a returning confidence to the UK Continental Shelf (UKCS), the analysis indicates. “The UK government’s efforts to stimulate activity through a series of tax relief schemes are starting to filter through and, along with a sustained high oil price, smaller and technically challenging fields continue to be a much more attractive investment proposition than might have otherwise been the case,” said Graham Sadler, managing director of the Petroleum Services Group.

North Sea rig utilization is averaging a healthy 88%, with dayrates varying, with average dayrates for deepwater rigs running at approximately $450,000, said Georgina Kladis-Kalentzi, the group’s senior manager. The number of exploration and appraisal (E&A) wells drilled across North West Europe is down 13% in the third quarter compared with the same period last year, but Q1 and Q2 numbers were up by 32% and 14% respectively.

“The overall outlook for the North Sea is positive. However, the UK is currently seeing more activity due to the diversity of companies operating on the UKCS,” Ms Kladis-Kalentzi said. “We have gas players in the southern North Sea, a mix of gas and oil in the central North Sea and the potential for deepwater oil and gas production farther north and west of the Shetland Islands. Across the UK, the large number of field development approvals reported so far, along with the recent announcements from the UK government on field allowances for deepwater gas, shallow-water large gas fields and brownfield developments suggest a positive outlook for future production and further investment on the UKCS.”

Last year, a 12% tax increase imposed by the British government on operators contributed to a significant decline in E&A drilling in the UK sector. “The government is now providing incentives for operators and investors to come in and take on fields that are more technically challenging, deepwater fields that require technical expertise and are more costly to develop and marginal fields looking to extend production,” she said. The number of new UK fields coming online in the third quarter has surpassed all of 2011, the report stated.

Offshore drilling activity in The Netherlands has also increased, already exceeding the total number of wells drilled in 2011, the report notes, with 11 wells drilled to date in the sector, compared with 10 in 2011.

In Norway, nine E&A wells were reported in the third quarter, compared with 16 in the Q3 of 2011, the report states. “Activity has largely focused on appraising existing discoveries and exploiting major fields, notably the large Johan Severdrup oil discovery last year, rather than only new exploration,” Ms Kladis-Kalentzi said. In addition, the Norwegian Ministry of Petroleum and Energy has received a record number of applications for acreage offered in the Awards in Predefined Areas 2012. 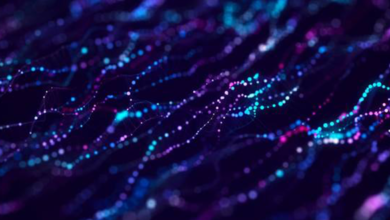