Slovakian company GA Drilling, Finnish company Finest Bay Area Development Oy (FEBAY) and the Finnish Pyhäjärvi city-owned development company Callio have agreed to start testing, developing and operating the GA Drilling PLASMABIT-based geothermal solution at the Pyhäsalmi mine. The intention is to drill the deepest geothermal borehole in Europe and generate green electricity and test new use cases for the technology.

Drilling cost is currently the limiting factor for ultra-deep geothermal exploitation. GA Drilling has developed a technology that can make geothermal energy a ubiquitous and affordable primary energy source, offering an alternative to fossil fuel. With the PLASMABIT technology, it is possible to drill geothermal wells as deep as 10km fast and cost efficiently. This range of depth allows for the possibility of not just heat but creating electricity.

“We are excited about the collaboration with Finest Bay Area Development and Callio and see great potential in working together to bring a carbon-free future for all. Geothermal anywhere is the solution for a local, independent source of electricity, heating, clean water and food production in the world,” said Igor Kocis, CEO and Founder of GA Drilling.

FEBAY, which is preparing for the construction of the world’s longest undersea railway tunnel boring, is looking at the PLASMABIT technology because it can be used both vertically and horizontally. It is planned to test a solution for tunnel boring machines in hard Finnish bedrock at the Pyhäsalmi mine. The companies estimate the plasma drilling solution can increase drilling speed for hard rocks by as much as 10 times. This would make the boring of the tunnel connecting Finland and Estonia much quicker and more cost efficient.

“This is the kind of innovation that we have been talking about in connection with the tunnel project. Fantastic European tech and business coming together to change the world for better on an innovation platform,” Peter Vesterbacka, the co-founder of FEBAY, said.

The Pyhäsalmi mine in Pyhäjärvi in the northern part of Finland is an ideal test bed for underground construction and mining. Pyhäsalmi is a 60-year-old base metal mine that is closing its mining operations at the end of this year. The mine is the deepest base metal mine in Europe (more than 1,400-m deep) and includes more than a 100 km of tunnels. The city and the post-mining development company Callio have been looking for new use cases for the mine infrastructure and its surroundings, and they announced earlier this year that FEBAY will set up an R&D and test center there and start collaboration on underground and mining education and training.

“This form of cooperation with GA Drilling is very well suited to the Callio’s test bed service concept. In addition, Callio in the Pyhäsalmi mine is already an established geothermal energy development site,” said Henrik Kiviniemi, Managing Director of Callio Pyhäjärvi. 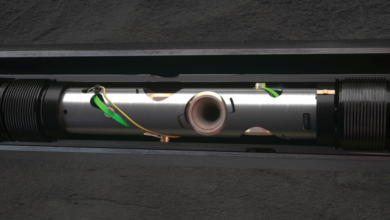 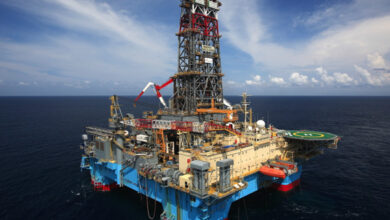