Lyndol Dew of Diamond Offshore Drilling has been named as the new Chairman of the Well Control Institute (WCI). Mr Dew was confirmed as Chairman at the IADC Executive Committee meeting on 16 March in The Hague, The Netherlands.

Mr Dew is Senior Vice President of Special Projects and Strategic Initiatives for Diamond Offshore. He graduated from Florida State University in 1976 and received his Master of Engineering from Tulane University in 1982. Mr Dew served in the US Navy as a Surface Warfare Officer for six years. He has subsequently worked in various domestic and international positions for Diamond Offshore, on rigs and shore-based, for the past 32 years.

Mr Dew is a Charter member of the Board of Directors of the Well Control Institute. He is also a member of the IADC Executive Committee and Division Vice President for the Offshore Division.

The Well Control Institute is a wholly owned subsidiary of IADC focused on improving well control performance in drilling operations worldwide. Its Board of Directors is made up of high-ranking executives from the world’s leading drilling contractors, oil companies, service companies and equipment manufacturers.

$11.6 billion budget requested for US Department of Interior 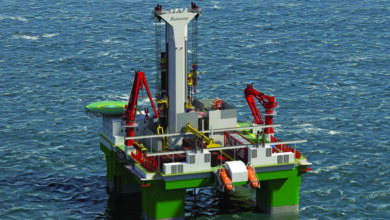