To increase overall drilling performance and the repeatability of successfully drilled wells, drilling contractors have been developing or acquiring process automation technologies for years. Drilling automation technology encompasses everything from basic autodrillers all the way up to complete slips-to-slips automation.

The key to success lies in the system’s ability to collect and deliver the right data at the right velocity and in the right quantities. These are the innovations that enable contractors to maintain market share and prevent the commoditization of rigs down to bare iron.

It’s evident that the drilling industry employs some of the world’s best and brightest engineers. Further, the capability and dependability of software simulation environments have grown almost to the point where field testing is a procedural exercise, and the time it takes to commission new automation at the rig has decreased. New automation can now be delivered at a fast pace, up to the point when it is time for the engineers and the automation technicians to hand the rig back to the driller.

Here’s the scene: It’s the middle of the night, and the driller is actively managing the crew in order to complete pre-spud tasks. The automation technicians and programmers have completed a software update of new features that promise to deliver better performance by automating a part of the connection process.

The most outgoing individuals of the group shuffle over to the driller, hoping to engage in a short training session without interfering with other operations. The driller pauses focus on the task at hand to allow the quintessential group of “techies” a few minutes to run through the changes. When all is said and done, the driller understands the new feature, and the technicians leave behind laminated cheat sheets that will surely stand up to years of pipe dope and spilled coffee.

With the distraction over, the driller is able to return to work in order to get the rig back on full dayrate, while concerns over the new technology are diminished because, if any issues arise, all someone needs to do is call the 24/7 support center for help.

A few weeks have gone by, and the engineering team is working hard back in the lab. Well on their way to releasing another new feature, they check in with the support staff to see if the rig is having any issues with the last feature that was deployed. Maybe a call or two have come in that was quickly resolved, or perhaps no problems have been reported at all. High fives all around!

Meanwhile, on the rig another well or two have been drilled, providing ample time for each driller to use the new feature. In the best of cases, follow-up visits are made to the rig by the technical staff to train each driller one on one.

On the surface, all of this sounds like a success, until several months later, when the analytics team has had time to scrub the data coming in from the rig automation system – only to report back to the engineers that 75% of the drillers have not been using the new feature.

With disbelief, the technology team says, “How can this be? We personally trained each driller on the new feature, and they used it the whole time we were on the rig. As a matter of fact, all of the drillers stated that they liked the feature. A couple of them even gave us suggestions on how to make it better!”

Unfortunately, this is too often the case. The proof is indeed in the data.

But what happened? What could have been done differently to produce a better outcome?

The drilling industry is blessed with the best engineers around, people who are able to produce new technology that is safe, reliable and purpose built to increase performance and efficiency.

However, the issue is not with the capabilities of the engineering team to deliver state-of-the-art software, nor is the issue with drillers not wanting to increase their performance. The underlying issue in the scenario is a lack of collegiate trust from the perspective of the driller.

One of the silver linings of a down market is that the level of experience on each rig is highly concentrated. Only the best of the best survive. The drillers remaining are at the top of their game, with procedures hard coded into them, almost like muscle memory. For a driller of this caliber to suddenly change this proven procedure, which has led to success time and time again, requires vast amounts of trust.

The example above could be compared to this. It’s 2000, a year when Tiger Woods had six wins, three major titles, eight Top 10 finishes and led the PGA in money and scoring. Make no mistake about it, 2000 was the high mark of Mr Wood’s career. He won three of the four majors that year, including a sensational victory at the US Open, in which he set the record for largest margin of victory in a major tournament.

Now, imagine that he is in the off season and things have slowed down. One evening, while Mr Woods is at the driving range preparing for the upcoming season, a group of robotics engineers from a well-known golf equipment manufacturer show up. They interrupt Mr Woods for a few minutes and give him a new driver that promises to increase his accuracy by automatically adjusting the club face based on the angle of approach just prior to the face making contact with the ball.

Mr Woods, being a good sport, decides to give it a try, and sure enough it works. The robotics team thanks him for his time and leaves a business card with him, just in case he has any questions in the future.

Fast forward to the next major championship when money is on the line. Does Mr Woods use the club? Unlikely. As a matter of fact, the club is probably collecting dust in the trunk of his Buick while the robotics team watches from the pub, shocked that he is not using their new equipment.

This analogy may be farfetched, but the underlying conflicts are the same. When it comes to helping him win more championships, Tiger Woods would have little trust in the ability of the new automated club presented by the robotics team. Just like the drillers who have survived in this market would have any trust in the ability of a new automation feature presented solely by an engineering group.

Early on during Ensign’s efforts in releasing the Ensign EDGE, the company began to experience the potential for a lack of utilization by its drillers when presented with new applications solely by the technology team. It was recognized that there is a lack of effectiveness, from a driller’s perspective, when training comes from mostly a technical standpoint. Initial data showed moderate utilization at best.

To address this challenge, Ensign identified a more effective solution: using some of the company’s highest-performing drillers to actively coach individual drillers on each rig. The first step in executing this solution is to integrate specific drillers into the automation technology team, with the goal of training them to serve as drilling coaches.

The company initially selected two drillers who were consistently in the top quartile of some commonly measured metrics: connection times, tripping speed and average footage drilled per day. These drilling coaches were trained by having them collaborate directly with the automation engineering team for six months so they could gain working knowledge of the current release of new automation features. They not only used the new automation features in Ensign’s rig simulation environment but also participated in initial field releases, alongside the automation engineering team.

Since then, four more drilling coaches have been added, and Ensign now has six drilling coaches on a scheduled rotation dedicated to training drillers across the fleet. The drilling coaches work entire shifts with drillers while rotating throughout the fleet, reviewing each aspect of the new automation technologies deployed on the rig. On average, a drilling coach works two shifts with each driller each time a new automation feature is released. The company finds that these training sessions are most valuable when current operations involve using the new feature. Further, a driller is more likely to gain trust in a new feature while being coached to use it in an actual drilling scenario, rather than just a simulation setting.

The company has used drilling coaches since the second half of 2016. During this time, the utilization of new automation features has increased from below 25% to almost 100%. This success is attributed to the collegiate trust a driller has with other drillers who are also at the top of the KPIs.

Another aspect of this success is that the drilling coaches are actively involved in the continuous software development and improvement cycle. As a dedicated team, they are able to gather valuable suggestions from each driller as they use new software in real-world drilling scenarios. Ensign has further closed the loop by integrating the drilling coaches with its Wellsite Technology support team, helping to make sure that no issue/bug, no matter how small, goes unreported.

Now, back to the hypothetical driving range with Tiger Woods. Had his swing coach presented Mr Woods with the new club, instead of the robotics team, then spent day after day practicing with him in order to build his trust in the new equipment, his utilization of the driver the next season would likely increase. At Ensign, using performance drilling coaches to present new technologies at the rig and to train our drillers has proven to overwhelmingly increase the acceptance and utilization of new process automation applications. Ensign is proud of the many accolades achieved and record wells drilled as our crews continue to dig deep with our rigs and the Ensign EDGE. DC 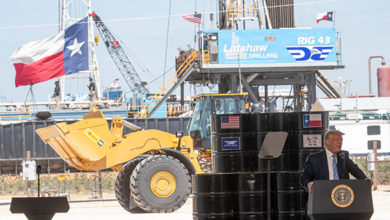 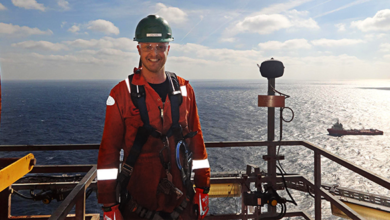