Kongsberg Maritime, COSL Drilling and NOV jointly announced the successful deployment of a “collaborative, green” solution for offshore drilling operations. COSL’s Energy Control project, developed in conjunction with Kongsberg and NOV, has been launched as a means of simultaneously slashing greenhouse gas emissions and substantially lowering fuel and maintenance overheads on the company’s rigs situated on the Norwegian North Sea.

Collaboration between the firms arrived at an integrated solution which combines Kongsberg Maritime’s energy management systems with NOV’s research into energy optimisation. Analysis of historical data on estimated maximum power consumption derived from COSL’s semi-submersible DP3 rigs COSLPromoter and COSLInnovator revealed that it would be possible to make changes that removed the need to run all six of its 4,800kW Wärtsila Vasa 12V32 diesel during drilling operations. While NOV leveraged this data to work on a new software update for optimal energy usage, Kongsberg Maritime in turn used the estimates to develop the most targeted and efficient means of controlling onboard energy production and distribution.

By halving the generator capacity, the engines operate at higher loads, which in tandem with the switch-off of the other units results in radically improved fuel efficiency, a sharp decrease in carbon deposits, and a concurrent reduction in maintenance requirements. The companies estimate that fuel consumption will be reduced by around 2,300 tonnes/year, CO2 emissions by 7,300 tonnes/year and NOx by 125 tonnes/year, equating to an overall saving in fuel and emissions of more than 25%. The project is approved and supported by the NOx Fund, a Norwegian Government initiative for reducing NOx emissions.

“The direct assistance of Kongsberg Maritime and NOV, with Kongsberg Maritime as the turnkey provider of this delivery, has been invaluable in bringing this project to fruition,” said COSL Project Leader Torfinn Kalstø. “We can now accomplish complete drilling operations on COSLPromoter and COSLInnovator while using less than 20 tonnes of fuel per day, with scope to reduce that figure even further. We also have the reassurance of knowing that the spare generators are on hand should any changes in conditions or circumstances require them to be used.” 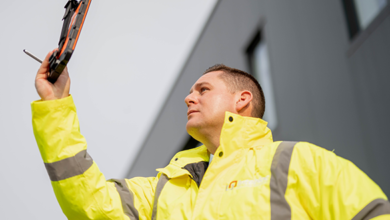 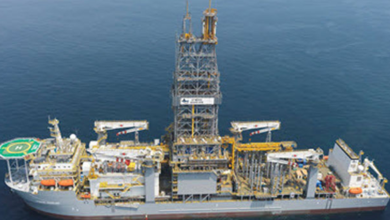