Stay on top of the latest post-Macondo Congressional initiatives through our weekly postings on www.iadc.org/offshore_GOM_reform. Every Friday, IADC updates the “Running list providing status of proposed US Federal legislation related to Macondo, with links to relevant bills and reports”. (Look under Evergreen Documents in the Government Documents section.)

Front and center in the 6 Aug. update will be a summary and links to the so-called “CLEAR Act” (H.R. 3534), which “cleared” the House of Representatives on 30 July. The less-than-overwhelming 209-193 majority spurs hope of rebuff in the Senate, whence it now lies.

“CLEAR” is an acronym for “Consolidated Land, Energy, and Aquatic Resources Act of 2009”. Yes, 2009. The bill was introduced last year, pre-Macondo. It originally called for eliminating the Minerals Management Service, but has since been loaded up with additional hurdles for those making a living through offshore development.

If passed as written, CLEAR will fundamentally restructure operations in the Gulf of Mexico, including essentially eliminating independent operators from Shelf development.

Interestingly, the sweeping bill was introduced by Rep Nick Rahall II, Congressman from that well-known Gulf state of West Virginia. As luck would have it, Mr Rahall is former chair of the House Subcommittee on the Mining and Energy, and has, in the words of his website, steadily “worked to provide our Nation with the energy it needs to power a strong economy, particularly through the use of coal, America’s most abundant natural energy resource.”

No bias there, right?

Please check out the resources on  www.iadc.org/offshore_GOM_reform for news on IADC activities, media reports and government documents. Older items are archived, with links under the appropriate heading. 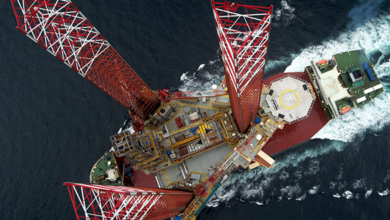