Nowadays, it is standard practice by all airlines to give passengers a safety briefing before every flight. This procedure is designed to save your life in the event of an emergency. Arguably, most will have forgotten the details of the briefing by the time the plane takes off. It gets worse with frequent fliers who, having heard similar briefings many times previously, may choose not to listen any longer.

Studies have found that, even when full attention is paid to the briefing, in an actual emergency most people would try to leave the plane through the exit in which they boarded the plane, forgetting that the closest exit may be behind them, even though this was clearly stated during the briefing.

Why do we behave this way? It is because we are human, and we are influenced by human factors. This means we are constantly error prone, even when we are in the most ideal of conditions. To address some of the human factors displayed by passengers, airlines place cards in seat pockets that use symbols to remove any language barriers.

At KCA Deutag, safety is our top priority, and we are continually working to remove any barriers to great safety performance.

More than 13 decades of learning from incident investigations and implementing proactive safety initiatives have yielded excellent results and industry-leading safety performance. Despite this, our drive to zero incidents is unrelenting as we seek to deliver a perfect day, every day, and incident-free services that exceed customer expectations.

In 2016, we identified the need to do more with human factors-related incidents and kicked off several initiatives.

The result is fewer incidents from human factor-related causes across our global operations (Figure 1).

The Theory of Human Factors

There are several definitions of human factors, but one of our favorites is from the Human Factors and Ergonomics Society. It states, “Human factors are concerned with the application of what we know about people, their abilities, characteristics and limitations, to the design of equipment they use, environments in which they function and jobs they perform.”

The key is the initial admission that humans are not perfect. This lack of perfection is both a good and a bad thing. After all, the fact that you can be distracted could cause mistakes, but it also makes you adaptable.

As an industry, the study and application of human factors have gained traction over the past decade, with different terminology being used to describe the same or similar ideology, such as human performance, performance factors, ergonomics, human engineering, user-centered design, human behavior, human machines modeling, human failure, and so on. Ultimately, the goal is to understand two things:

1. What makes people do things they shouldn’t do? This helps us to mitigate this and change their behavior.

2. Why don’t people always do the things they should? This is so we can increase their ability to do the right thing.

The Gordon DuPont Dirty Dozen was developed in 1993 and is a widely accepted basis for understanding the main elements that cause people to make mistakes. We see several examples of this on drilling rigs, including:

1. Communication: It can be difficult to effectively pass on the full details of a 12-hour shift to the next crew, even with the best of handover systems.

2. Complacency: A weekly area inspection is the same every time. It takes a committed area authority to complete them week in and week out to the same thorough inspection levels.

3. Lack of knowledge: An experienced mechanic has just been assigned to a new rig. The lack of specific knowledge of the local equipment could cause mistakes in its maintenance.

4. Distraction: Several situations exist where the driller can get distracted. In some locations, there are rules in place so that the driller cannot take a phone call while he is on the brake.

5. Lack of teamwork: New hands can struggle to find their place in a team. Existing teams may also take time to absorb new members and harness their contribution to the team.

6. Fatigue: As part of a full work hitch, crews sometimes go through a short crew change from a day routine to a night working routine.

7. Lack of resources: It is easy to add new tasks to the rig crew’s routine without taking others out, very quickly resulting in more tasks to be done than the resources available.

8. Pressure: Pressure can come from work and home. Incident investigations have found perceived pressure can be more problematic than actual pressure.

9. Lack of assertiveness: Varying styles of communication between different cultures may mean some find it more difficult to be assertive than others.

10. Stress: During a well control event, a fast reaction is key. This, combined with the knowledge that your decision could result in a serious incident, might cause stress to the person making that decision.

11. Lack of awareness: Sometimes, supervisors/crews do not step back and assess changes in the risk profile as a task progresses.

12. Norms: Embedded ways of working that are considered normal can become a barrier to implementing performance or safety improvement initiatives.

Addressing human factors is an important part of the culture and annual HSE and operational planning at KCA Deutag. Our approach continues to evolve every year as we look to positively change people’s behavior across the organization and achieve the goal of zero incidents, which we see as our license to operate.

Following significant efforts to enhance the company’s global competency system within land operations, KCA Deutag became the first international land driller in 2016 to obtain full accreditation under the IADC Competence Assurance Program. Basic human factors considerations in this area point to the fact that most people want to work with colleagues who are technically competent while also displaying correct behaviors. While the knowledge assessment, which tests technical competency, is the key element in the competency system, skills elements ensure that human factors relating to behaviors are also discussed and assessed.

In 2017, the “My Wells Barriers” initiative was developed to provide clear instructions and responsibilities prior to and during a well control situation. It utilizes a simple assessment and reference booklet, which each crew member works through, and a key instructions card for each role, which they carry in their coverall pocket. This safety tool enhances incident prevention and greatly reduces human error if/when a well control event occurs.

One of KCA Deutag’s recently launched technology offerings is tailored to addressing human factors, called +veDRILL Enhance. Following years of development, in 2018 the company launched the first of many apps to be used on tablets by rig crews, who had asked for greater support in ensuring procedural compliance.

This was part of the group’s “bottoms up” approach to process efficiency, which encourages everyone in the company to evaluate the way they do their work and suggest ideas on how they can eliminate waste and, as a result, operate more effectively.

This was called the KCA Deutag CheckIt App. It addresses lapse of mind, complacency and distraction by using simplified digital work instructions in checklist format. It makes procedural content available to the crew on intrinsically safe tablets that work completely offline, which means they can be used at any location on the rig.

This tool means work procedures, checklists, manuals, lessons learned and other reference material required for carrying out tasks safely and efficiently are always at hand. The data collected on usage, such as time taken to complete procedures, when they are completed, as well as which ones are used by different operations, versus what was expected, allows for analyses that further reveal human factor behavior, which can be addressed appropriately.

Since the rig apps journey began, several other apps have been launched, such as the Active Monitoring App, which addresses the complacency human factor by greatly simplifying a routine task carried out on all operations from five stages to one.

A culture of courage to stop the job if there is a sudden risk of an incident is already embedded within our people. The opportunity for improvement lies in the ability to spot the risks or a change in the risk profile in the first place, which is where human factors come in.

The situational awareness campaign, launched in early 2019, aims to address the complacency and lack of awareness human factors by encouraging crews to look up, look around and look down, and for supervisors to step back from tasks, both mentally and physically, and actively observe and monitor their crew while providing the required guidance, coaching and ongoing feedback.

Since 2017, the company has also implemented several initiatives to address human factors associated with health. An unhealthy person is more likely to behave unfavorably, make mistakes or experience reduced performance.

The focus in this area was kicked off with a group-wide “healthy heart” campaign. This has been followed by a campaign on overall health and, more recently, mental health, encouraging crews and office staff to speak more openly, through the “Time Out For You” campaign.

Embedding a Behavior-Based Culture across the Organization

How an individual approaches their work is as important as what they do in delivering safe operations. Therefore, employees need to be clear on the behaviors expected of them in carrying out their role, so that unacceptable behavior is changed and good behavior is reinforced.

“We are human, and we are influenced by human factors. This means we are constantly error prone, even when we are in the most ideal of conditions.”

To achieve this, the company is in the process of rolling out behavior-based performance appraisals to all employees, which are structured around KCA Deutag’s core values. Enhanced behavioral training is also being conducted for people in leadership positions so that they lead by example.

KCA Deutag strives to ensure its systems and processes harvest the full potential of its biggest assets, the KCA Deutag workforce. This is achieved by maximizing the benefits and mitigating the risks associated with human factors, reducing human factor-related incidents and, ultimately, providing a healthy and safe workforce.

Proactive collaboration with clients will be central to addressing human factors-related issues in the future. Ideas will be shared so new solutions can be developed and, importantly, enhance the company’s brand as a leading international drilling, engineering and technology company.

The next time you are on a plane, about to take off, we urge you to be conscious of human factors, remember this article, and give the safety briefing your full attention. DC

+veDRILL is a trademark of KCA Deutag.

This article is based on a presentation at the 2019 IADC Drilling Middle East Conference & Exhibition, 10-11 December, Abu Dhabi. 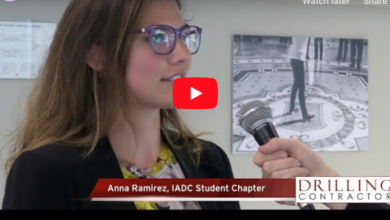 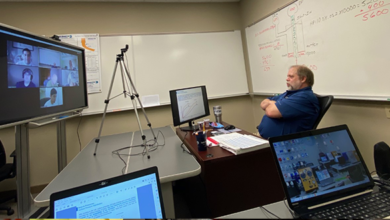