With funding being constrained across the industry due to the global oil downturn, investments in technologies that could deliver long-term value have suffered disproportionately, said David Blacklaw, Shell Global Drilling Automation Lead. “The bias has been toward projects which deliver short-term value. As a result, there’s probably a gap in the funnel of longer-term projects coming through,” Mr Blacklaw said. “Sooner or later, we’re going to need those new technologies to continue to drive performance improvements, efficiency gains and delivery of better wells.”

Mr Blacklaw is among several speakers scheduled to speak at a symposium being organized by the SPE Drilling Systems Automation Technical Section (DSATS). The event will be held in San Antonio, Texas, on 8 October, just before the 2017 SPE Annual Technical Conference & Exhibition. The half-day symposium, “Disruption to Deployment: Drilling Technologies for Automation and Prediction,” will focus on innovation as a driver of automation uptake and reduction of drilling uncertainty.

Although oil prices continue to stay within the “lower for longer” trend, Mr Blacklaw said he believes that the industry is increasingly recognizing the growing lag in the development of long-term projects. “I would speculate, based on my own observations, that we’re about to see a refocus on those projects,” he said. “Even at lower oil prices, we see some more stability, and it’s bringing a little bit of confidence to the industry, so I think we’re going to see a bit more focus on technologies that deliver value in the longer term.”

Certainly, any technology projects must make economic sense within the range of forecasts that companies are using to make their business decisions, but a focus solely on short-term value has diminishing returns. “If we want to do something materially different, then that will more likely involve some longer-term projects, and those are the ones that I think are going to have to be considered.”

Looking specifically at technology development within his field of expertise – wells and drilling automation – Mr Blacklaw noted that there are still major challenges. First are challenges around standards and interoperability. Operators often struggle with getting sufficient support across their operations for any automation systems that are deployed, for example. That’s because an operator’s contracted rigs typically come from different contractors and were built with equipment from different vendors, and they rarely interface with any piece of new automation technology in the same way. To address this, “we’re licensing some of the technologies – the brain of the drilling automation system – to our vendors and partners,” Mr Blacklaw said. “We’re enabling them to implement the same intelligence, but they’ll take on the responsibility of those interfaces.”

This approach addresses the challenge for operators but not for vendors, however. “If a capability is proven to be valuable on one control system and you want to move it onto something else, then you’ve got to go through a process of figuring out interfaces and definitions of the various parameters.”

Data quality is another major challenge, he said. “If we’re basing our automation off of sensors that are miscalibrated or inaccurate, then you can’t expect to deliver optimum results.” Quality of sensors is less of a problem, he said, than issues such as how sensors are used, how often they’re calibrated, what standards are used to calibrate them, and how they’re validated or recertified. “I think the rig contractor probably has to take responsibility for the accuracy of data generated by rig equipment… but there will have to be some commercial incentives.”

For more information about the DSATS symposium or to register for the event, click here.

IADC is also developing the IADC Drilling Automation Roadmap Workshop, scheduled for 17-18 January 2018. This workshop will be the first roll-out to the industry of the Drilling Systems Automation Roadmap, an industry initiative launched in 2013. A draft report has been developed describing the future of drilling systems automation to 2025. Registration for this event can be completed online here. 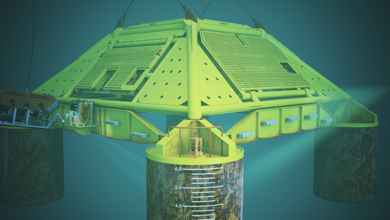