NEW ORLEANS, 13 July, 2010 – The International Association of Drilling Contractors today filed testimony with the Department of Energy’s National Commission on the BP Deepwater Horizon Oil Spill and Offshore Drilling, advocating a return to deepwater drilling as soon as possible.

IADC presented compelling data that offshore drilling, including operations in deep water, have a proven record of safety when conducted according to accepted industry standards. Some 14,000 deep-water wells have been drilled without major incident until the recent Macondo blowout, “an extreme and unprecedented event,” the testimony said.  Since 2006, according to government statistics, more than 2,500 deep-water wells have been drilled, whereas only three well control incidents have occurred over that time, excluding the Macondo blowout.  The amount of oil spilled in those three accidents was only 25.5 barrels.

The employment and economic implications of a continued drilling ban are severe and potentially catastrophic, IADC said. A previously reported IADC study of 11,875 offshore and support personnel shows that these individuals call 296 Congressional Districts home. This represents 68% of all US Congressional Districts. (For more information on this study, go to www.iadc.org/Offshore_GOM_Reform or email IADC’s contacts listed above.)

“Few states lack representation among this group of US citizens,” the testimony states.

The study does not include the tens of thousands of other workers at oil field service companies, equipment manufacturers, oil companies, or supporting industries, such as caterers or machine shops.

While a significant portion of the goods and services are manufactured along the Gulf Coast, firms across the nation supply the offshore energy industry.  Among IADC’s research examples are

“If offshore rigs move overseas due to a lack of opportunity in the Gulf of Mexico, these jobs go with them. It is unwise in these tough times to export good-paying jobs that support hard-working Americans. For when these jobs vanish, the economies of these citizens’ communities will teeter,” IADC testimony says.

IADC recommends a return to drilling that includes recertifying all blowout prevention equipment and ensuring their suitability for the rig and well design in compliance with the Department of Interior’s new standards.  In addition, all personnel should be subject to industry and government-accepted standards for well-control procedures such as IADC’s own Well Control Accreditation Program (WellCAP®).  Finally, IADC recommends all operator well plans, especially casing and cementing designs, should be reviewed to ensure sufficient pressure barriers and that the designs are fit for the purpose.

IADC endorsed the DOI’s recommendation to adopt the IADC Health, Safety & Environmental Case Guidelines (IADC HSE Case Guidelines) to facilitate Well Construction Interface Documents (WCID) for Gulf of Mexico operations.  This system of risk management, submitted as part of an application to drill, is internationally recognized and accepted by all other countries and should be by the US also, IADC said.

IADC is dedicated to enhancing the interests of oil-and-gas and geothermal drilling contractors worldwide. Founded in 1940, IADC’s mission is to improve industry health, safety and environmental practices; advance drilling and completion technology; and champion responsible standards, practices, legislation and regulations that provide for safe, efficient and environmentally sound drilling operations worldwide. IADC holds Accredited Observer status at the International Maritime Organization and the International Seabed Authority, specialized agencies of the United Nations. The Association is a leader in developing standards for industry training, notably its Well Control Accreditation Program (WellCAP)â and rig-floor orientation program, RIG PASSâ. IADC is headquartered in Houston and has offices in Washington D.C., the Netherlands, Thailand, and the United Arab Emirates, as well as chapters in the UK, Venezuela, Brazil, Australasia, South Central Asia, Southeast Asia, the Middle East and across the United States. For more information, visit www.iadc.org. 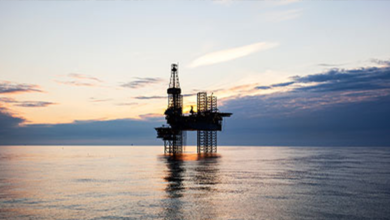 Schlumberger and OMV announce deployment of AI and digital solutions