IADC achieved a safety landmark in May when it gathered industry experts and specialists from around the world, including Cuba and the Bahamas, to begin a critical dialogue on personnel and system safety in oil and gas operations in the Gulf of Mexico and Caribbean.  “The fact that Cuba will begin exploration this year in ultra-deepwater has raised concern about safety precautions. The sharing of industry best safety and environmental practices that occurred during the conference underscored the need for all countries that border on the GOM – Cuba, Mexico and the US – to have access to all resources that exist in case of an emergency,” IADC president Dr Lee Hunt said.

The 2011 IADC Environmental Conference & Exhibition was held in Port of Spain, Trinidad, 12-13 May, and featured a discussion of a “One Gulf” concept (in which all countries bordering the GOM interact), an overview of sixth-generation rig capabilities, a presentation on the environmental aspects of drilling project financing, and the industry’s ability to explore, drill and produce safely in sensitive marine environments.

Mr Perez noted that in the early days of Cuban exploration, a number of international standards had been reviewed and Cuba decided to base its safety practices on standards set in Britain. Cuban standards evolved and the IADC HSE Case Guidelines for Mobile Offshore Drilling Units were incorporated. In 2009, new regulations were issued requiring companies to present a safety case for all major hazards. The IADC HSE case will be used to obtain an environmental license.

“For us the common goal and common challenge is to think about how to prevent accidents from happening, to understand the root cause of an accident and be able to prevent it. It’s important to understand that safety culture leads the way,” Mr Perez said.

Mr Pinon pointed out that the US embargo against Cuba would make it impossible for the energy industry to send any equipment to Cuba in the event of a spill, leaving the GOM vulnerable. “The US needs to bring Cuba into the conversation and bring Cuba to the table to talk about that so in the case of a national emergency, Cuba has access to all of the resources it needs.”

Regarding the conference, presenter Dan Whittle, senior attorney and director of the Cuba Program Environmental Defense Fund, commented, “IADC has done something that no one else has done and that is to get people to talk outside of Cuba in a very constructive and serious way about how we can begin to work together. After today, I think this constructive dialogue has to continue.”

2011 SPE/IADC Drilling Conference: Conference theme is ‘Being the best – growing our business’ 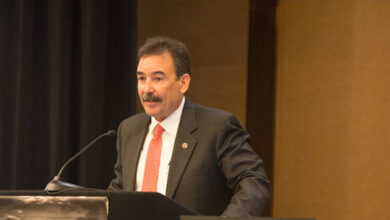 Mike Garvin is 2016 IADC Contractor of the Year

From the 2009 chairman IADC taking the lead towards ambitious environmental performance, awareness 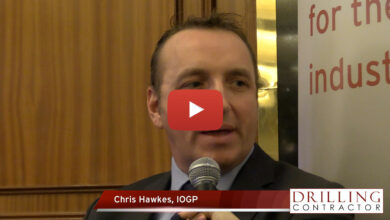