Gazpromneft-Sakhalin, a subsidiary of Gazprom Neft, has started drilling a new exploration well in the Dolginskoye field on the continental shelf in the Pechora Sea. The work is being carried out during the ice-free months of 2014 and will involve drilling a single well to a depth of 3,500 m and conducting a full range of geological investigations. The experience gained from previous work on the continental shelf, including at the nearby Prirazlomnoye field also operated by Gazprom Neft, was taken into account during preparations for the exploration program.

Service companies, such as Schlumberger and Weatherford, are involved in the Dolginskoye project. Based on initial studies, a further program will be drawn up to explore the field and prepare for exploratory drilling during the ice-free seasons in the years to follow.

Drilling and testing of the current well will be carried out this year by the GSP Saturn jackup, which arrived on site in mid-June and is installed directly on the seabed. The rig has been modernized and audited by international and Russian specialist agencies.

Advanced technologies will be employed, including an environmentally safe, water-based drilling fluid system. А rotary control system will be used for drilling on the Arctic shelf, which will speed up drilling and reduce the amount of drilling mud required. Any mud produced will be shipped back to the mainland to be recycled in line with the zero-discharge policy. In addition, an innovative borehole management system will be used for the first time in Russia to improve reliability and quality of work. This technology will speed up the study of the oil reservoir and enable high-quality measurements to be taken with maximum safety and efficiency. For many of the technologies being deployed on this project, this will be the first time they are being used in Russia.

The Spasatel Karev emergency support vessel will be on hand while work is taking place. Along with the four ships chartered for ancillary work, it is equipped with a DP-2 system that allows it to maintain a fixed position for loading in extreme weather conditions. The border checkpoint at Varandey airport has been extended to allow flights to the Dolginskoye field. Until now, the airport had only been open for flights to the Prirazlomnoye platform.

Another discovery made in Brazil's ultra-deep Santos Basin 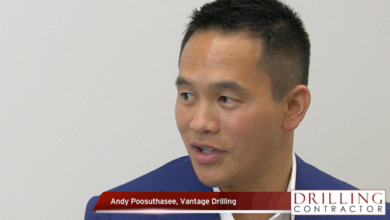