“The average oil price firms say they need to be profitable in active fields dropped to $51 per barrel in this survey from $60 last fall, but firms on average do not expect that price to be reached until well into 2017,” said Mr Wilkerson. “As a result, many expect large job cuts in 2016.”

The Kansas City Fed’s quarterly Tenth District Energy Survey provides information on current and expected activity among energy firms in the Tenth District. The survey monitors oil and gas-related firms located and/or headquartered in the Tenth District, with results based on total firm activity. Survey results reveal changes in several indicators of energy activity, including drilling, capital spending, and employment. Firms also indicate projections for oil and gas prices. All results are diffusion indexes – the percentage of firms indicating increases minus the percentage of firms indicating decreases. A summary of the 1st quarter survey is attached. Results from past surveys and release dates for future surveys can be found at https://www.kansascityfed.org/research/indicatorsdata/energy.

The Federal Reserve Bank of Kansas City serves the Tenth Federal Reserve District, encompassing the western third of Missouri; all of Kansas, Colorado, Nebraska, Oklahoma and Wyoming; and the northern half of New Mexico. As part of the nation’s central bank, the Bank participates in setting national monetary policy, supervising and regulating numerous commercial banks and bank holding companies, and providing financial services to depository institutions. 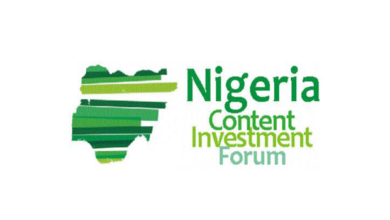 Nigerian forum at OTC to encourage partnerships with OEMs