ExxonMobil has begun drilling at the Bulletwood-1 well site on the Canje Block offshore Guyana. Westmount Energy, an indirect partner in the Canje Block, said in a statement that the Stena Carron drillship from Stena Drilling had arrived on location at the site and spudded the well.

“Bulletwood-1 is the first well in a multi-well, fully funded, drilling campaign being operated by ExxonMobil on the Canje Block over the next six months or so,” said Gerard Walsh, Chairman of Westmount Energy. “This campaign will evaluate high impact Upper Cretaceous prospects in the proven Liza play fairway with, in some cases, additional deeper reservoir targets. It also provides Westmount shareholders exposure to a portfolio of drilling outcomes over a compressed timeframe. Success from some of the wells in this portfolio could result in transformational value changes for Westmount.”

According to Westmount, Bulletwood-1 is a 500-mmbbl oil prospect with a target similar to Liza oilfield in the prolific Stabroek Block offshore Guyana. Liza Phase 1 development has been in production since December 2019.

The Maritime Administration Department of Guyana said that drilling operations at Bulletwood-1 were scheduled to be completed on or before 23 February. 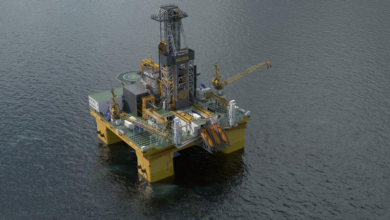 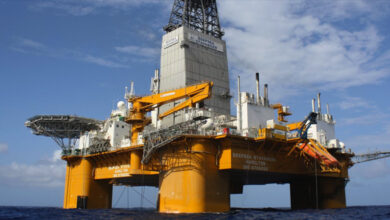