To improve the industry’s training related to dropped object prevention, DROPS Asia – a chapter of the global Dropped Object Prevention Scheme (DROPS) organization – has launched a project that aims to leverage virtual reality (VR) technologies. Called DROPS VR, the project intends to produce a training and certification tool where trainees are placed within a simulated 3D environment that reenacts dropped objects safety incidents. Research began in early 2018 as the group sought additional ways to identify the human and environmental factors that cause dropped objects, as well as methods for preventing them.

“VR makes the whole training much more visual and understandable,” said Joachim van der Meulen, Secretary of DROPS Asia and Director of Singapore-based Drilling VR. “We wanted to create something that addressed both safety competency and safety attitudes in an engaging way. Being there in the 3D environment – in the line of fire – is much more impactful.”

So far, the project has already developed a basic demo version of a VR software that is compatible with select hardware. The goal is to further develop this demo and integrate it into a set of awareness training tools that is comparable to the International Well Control Forum level one online training for well control. “The difference is that the subject is dropped objects and that it is built inside an immersive virtual reality environment,” Mr van der Meulen said.

The current demo already provides several training simulations, such as a virtual offshore rig environment where one can conduct a “hazard hunt,” an assignment in which users walk through the 3D environment to identify all potential dropped object hazards. Another simulation involves a virtual DROPS calculator where users can determine the potential consequence of a dropped object.

There is also a container inspection scenario based on the DROPS recommended practice of backloading, as well as a 360° training video where users make decisions as to how they would respond to different situations involving dropped objects, with each decision delivering a different outcome. Mr van der Meulen said the video was developed as an “interactive adventure” to maximize user engagement.

Once the software is fully developed, Drops Asia will be seeking opportunities for companies to integrate it into their existing dropped objects training programs, Mr van der Meulen said.

“Hopefully, after companies see this project, they will want to collaborate further on its development,” he noted. “The whole idea is that it is led by volunteers who all share their specific expertise in certain areas. Through that, it will get the best knowledge for each particular subject. Everyone has had – and will have – an opportunity to have their say. It is continuously developing and evolving.”

Several companies and organizations have already supported and volunteered expertise to the project, including:

The DROPS VR application was built with the same software used in the gaming industry. The demo version is free and available by request for drilling contractors, operators and major service partners who are interested in the project. The software is designed around the Oculus Quest and will be compatible with other popular VR hardware, such as the HTC Vive and the Oculus Rift.

DROPS Asia expects that the software will remain free to the industry, but additional features, such as allowing multiple users to undergo simulated group training exercises at the same time, will be available for a fee once developed and released. DC 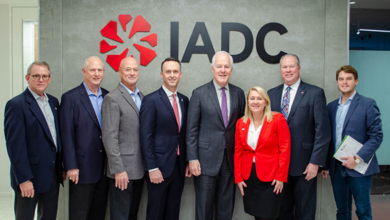 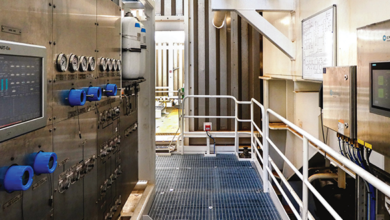 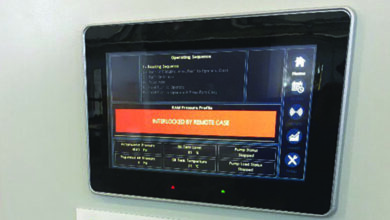