“This is the first time that Velesto has carried out upgrades for its jackup rigs. Given the current upward trend in the drilling segment, the successful completion could not be timelier,” said Megat Zariman Abdul Rahim, Velesto President.

The offline capabilities will reduce the total time spent on wells as the rigs will be able to do multiple scope of activities while drilling. With fewer rig days per well, it will help to bring down overall drilling project costs for clients and indirectly reduce the industry’s emission footprint.

Earlier this year, NAGA 5 and NAGA 6 secured work orders with PTTEP and PETRONAS Carigali, respectively. NAGA 5 commenced operations in July, and NAGA 6 was expected to commence operations by late August.

Abu Dhabi National Oil Company (ADNOC) announced a second discovery of natural gas resources in the first exploration well in Abu Dhabi’s Offshore Block 2 Exploration Concession, operated by Eni. The discovery from a deeper reservoir indicates between 1 trillion to 1.5 trillion standard cu ft (TSCF) of raw gas in place. This significant find builds on the initial finding in February from a shallower target, taking the total amount of gas in place from this single well to 2.5-3.5 TSCF.

A consortium led by Eni and PTTEP was awarded the exploration rights for Offshore Block 2 in 2019 as part of ADNOC’s debut competitive block bid round.

This latest discovery builds on previously announced exploration concession discoveries. In May, ADNOC had announced the discovery of approximately 100 million bbl of oil in place in Abu Dhabi’s Onshore Block 3, operated by Occidental, while in December 2021, up to 1 billion bbl of oil equivalent was confirmed in Onshore Block 4 Exploration Concession, operated by INPEX/JODCO.

The Petrobras 10000 received a 5.8-year contract for work offshore Brazil with a national oil company. The contract adds an estimated $915 million in backlog and is expected to commence in October 2023 and end in August 2029. The estimated firm backlog excludes income associated with use of patented dual-activity technology on the drillship.

The Deepwater Conqueror received a two-year contract by a major operator for work in the US Gulf of Mexico at $440,000/day, with up to an incremental $39,000/day for additional products and services.

Excluding revenue associated with the additional products and services, the new contract adds an estimated $321 million in backlog and is expected to begin in December 2022 in direct continuation of the rig’s current contract.

BG International, a Shell affiliate, has taken the final investment decision to develop the Jackdaw gas field in the UK North Sea. Jackdaw will comprise a wellhead platform that is not permanently attended, along with subsea infrastructure tying back to the Shearwater gas hub. The project is expected to come online in the mid-2020s, and at peak production rates, could represent over 6% of projected UK North Sea gas production in the middle of this decade. Jackdaw is part of Shell’s broader intent to invest up to £25 billion in the UK energy system in the next decade.

Significant prospective resources have been estimated across all the recently mapped Shelf Margin Delta, Slope Fan System, Basin Floor Fan and Kuparuk play fairways on the Icewine East acreage. Importantly, these are mapped as the same Brookian/Beaufortian reservoirs in which nearby Pantheon
wells – Alkaid-1, Talitha-A and Theta West-1 – have flowed 35-40° API oil.

The initial total prospective resource follows a review of an extensive data suite that included seismic data, well logs from Icewine-1 and nearby wells adjacent to the Icewine East acreage, recent petrophysical analysis and mapping. Full interpretation of additional data that the company recently leased is ongoing, which is expected to help 88 Energy in defining sweet spots for each play and determine the optimal drilling location for a planned well in 2023. 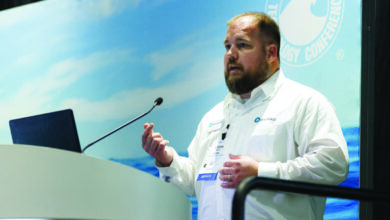