Dolphin Drilling has announced a two-month contract extension with i3 Energy for use of the Borgland Dolphin semisubmersible drilling rig. Both companies have also agreed to enter into a four-year strategic operations agreement.

Dolphin Drilling previously secured a 94-day contract with i3 Energy for drilling operations on the Liberator oilfield and the Serenity prospect in the UK’s Central North Sea. The approximately 55-day contract extension will enable i3 Energy to complete its planned drilling campaign.

The successful relationship between Dolphin Drilling and i3 Energy has encouraged the two companies to agree to enter into a four-year strategic alliance to enable i3 to meet its future rig demands.

“We are delighted to be able to offer i3 Energy the flexibility to use the Borgland Dolphin to complete its planned activity,” Bjørnar Iversen, Chief Executive of Dolphin Drilling, said. “We welcome the opportunity to develop a longer-term agreement with i3 Energy due to the excellent relationship we have built between each other so far, and we look forward to working together on further projects in the years ahead.”

“We have been very impressed with Dolphin Drilling as a company and the Borgland Dolphin rig,” Majid Shafiq, Chief Executive Officer in i3 Energy, said. “The excellent performance and flexibility of its approach has given us the confidence to agree to enter into a long-term strategic operations agreement with Dolphin Drilling where it will be our first choice rig supplier for future campaigns.”

Following completion of the latest work for i3 Energy, the Borgland Dolphin will go straight to the Knarr field on the Norwegian Continental Shelf to provide the drilling and completion of a gas production well for AS Norske Shell in Norway.

“The demand for the Borgland Dolphin reflects the rig’s excellent efficiency and performance record and reaffirms the industry’s growing confidence in Dolphin Drilling’s determination to provide the very best quality of service, in a green and sustainable way to our clients at the best possible price,” Mr Iversen said.

The Borgland Dolphin is a fifth-generation drilling rig, which was completely rebuilt in 1999. It is part of the deep- and harsh-environment drilling specialist’s fleet of assets, most of which have been recently refurbished to incorporate the latest technology. The Borgland Dolphin also rates as one of the “greenest” mobile drilling units in the North Sea.

One of the first drilling companies to operate in the North Sea in 1965, Dolphin Drilling, also has a presence in Singapore and Brazil, is net-debt free and recently announced its new international headquarters in Aberdeen, and operational bases in Aberdeen and Stavanger. 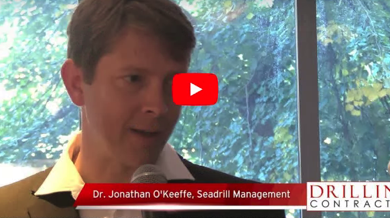 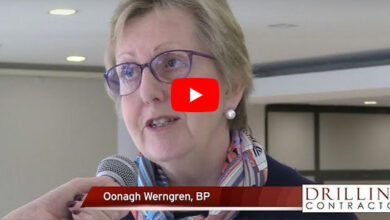