Recognizing that lower oil prices might be here to stay for the longer term rather than just a short period, PTTEP has kicked off a campaign called Save to be Safe. The goal is to makes changes to the organization that is both effective and sustainable, not a kneejerk reaction, Piroj Samutthananont, VP Global Solutions for PTTEP, said at the 2015 IADC Critical Issues Asia Pacific Conference on 19 November in Singapore. As such, the company has grouped the focus of the campaign into four levers on which it can pull: cost optimization, production stabilization, financial and portfolio management, and corporate reduction and culture.

Operational excellence is a main pillar of the first lever, cost optimization. “We also have to do better in terms of procurement, what we call Procurement Plus. We have to do better in development costs, and production cost has to be down. And G&G costs should be reduced, as well.” Efficiency will be key to achieve such cost optimization, Mr Samutthananont commented. PTTEP is working on enhancing integrated activity planning and inventory management and has undertaken contract renegotiations, including with its drilling contractors. “We are also doing synergy and standardization on our designs, especially on big development costs like big platforms,” he said.

Production stabilization is the second lever that PTTEP is pulling, which will focus on operational reliability and field capacity versus nomination. This will be achieved by minimizing unplanned shutdowns. “We are focusing on safety and quality to make sure that there is no incident so we can carry on production without disruption,” Mr Samutthananont said.

The third lever of the Save to Safe campaign is financial and portfolio management, which means that “we need to be prudent in terms of spending money,” he said. Both investment and exploration must be prioritized to determine where the next dollar will go. “We also have to look at risk management and hedging program. We do this through effectiveness. We have to be careful in terms of capital allocation. We have to scrutinize and make sure that our write-off management on exploration is done properly.”

Awareness is the means by which the fourth lever, corporate reduction and culture, will be achieved. “Like our CEO said, this campaign has to be sustainable, so if you cannot embed this cost reduction idea and initiative into people’s mindset, it’s not going to work.” This means the company will pay significant attention to building a cost-conscious culture. “We’re also reducing consulting,” Mr Samutthananont said. “In the past we have had a lot of consultants, but now we’re trying to look in-house and make sure that we train and educate our people so that we don’t have to rely on consultants anymore.”

Mr Samutthananont noted that PTTEP’s drilling performance in the Gulf of Thailand has improved significantly over the past 15 years, but more work remains to be done, particularly with the help of drilling contractors. “We are improving from 2001 up to now, starting from 13 days per well to now, we’re down to 6.5 days per well. Unfortunately, this is not enough because we are still spending too much time longer than our peers in the market.” Urging contractors, he said, “we need help from you guys to work with us to drive the performance to the point that we’ve never been before.”

IHS: Perfect storm puts pressure on contractors on both supply and demand 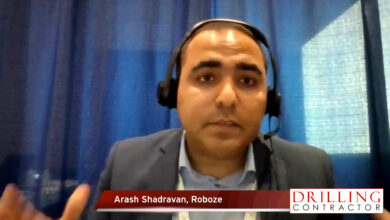 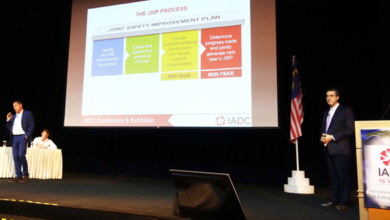