Concho Resources and RSP Permian announced they have entered into a definitive agreement under which Concho will acquire RSP in an all-stock transaction valued at approximately $9.5 billion, inclusive of RSP’s net debt. The consideration will consist of 0.320 shares of Concho common stock for each share of RSP common stock. The transaction was unanimously approved by the board of directors of each company.

Concho will acquire 92,000 net acres of top-tier Permian acreage, augmenting its existing 550,000 net acres. Each company’s position spans both the Midland and Delaware basins. RSP Permian averaged 55.3 mboe/d of production in the Permian in 2017; Concho’s average 2017 annual output was 192.6 mboe/d.

“An expectation to realize new efficiencies was key to Concho’s rationale in acquiring RSP. But realizing efficiencies to the extent that Concho estimates (over $2 billion) will be challenging for multiple reasons,” Andy McConn, Research Analyst at Wood Mackenzie, said. “RSP was already a lean business. Its Delaware position is not contiguous with Concho’s. Concho’s operational prowess (e.g., high-ranking well performance) could add value to RSP’s position. But RSP already operated its position with comparable skill.

“Concho’s share-price performance (-8% during morning trading) underscores investors’ anxiety about growth-oriented, rather than discipline-oriented, actions by US E&Ps,” Mr McConn adds. “Headline deal metrics (29% premium to market value; ~$75,000 per acre) are rich and suggest no pull-back in valuations from previous deals for top-tier Permian assets.”

Under the terms of the definitive merger agreement, shareholders of RSP will receive 0.320 shares of Concho common stock in exchange for each share of RSP common stock, representing consideration to each RSP shareholder of $50.24 per share based on the closing price of Concho common stock on 27 March 2018. The consideration represents an approximately 29% premium to RSP’s closing price of $38.92 on 27 March 2018. Upon closing of the transaction, Concho shareholders will own approximately 74.5% of the combined company, and RSP shareholders will own approximately 25.5%. The resulting capital structure is consistent with Concho’s long-term strategy of maintaining a strong financial position.

The deal also underscores an argument that is gaining steam in the industry – that performance “sweet spots” aren’t as big as originally perceived.

“With more than half a million acres, Concho already held a large Permian position with plenty of drilling inventory,” Mr McConn said. “Buying RSP, which held a smaller but concentrated position in recognized sweet spots, suggests that Concho recognizes the importance of focusing activity in areas of the highest quality.”

The transaction, which is expected to complete in Q3 2018, is subject to the approval of both Concho and RSP shareholders, the satisfaction of certain regulatory approvals and other customary closing conditions.

Concho’s acquisition of RSP marks another step in the consolidation of the Permian Basin. Between Q2 2016 and Q1 2017, more than $40 billion was spent on Permian upstream M&A. However, the targets during this period were mainly assets and privately-held companies rather than public corporations.

Upon closing, Concho’s board will be expanded to 11 directors to include one independent member of the RSP board. Concho will continue to be headquartered in Midland, Texas.

“Looking ahead, any other large-scale deals will face significant headwinds, i.e. rich valuations, anxious investors, and scrutiny on operational performance,” Mr McConn said. “If this deal is to mark a second wave of ‘Permania’ in the oil M&A market, potential acquirers will have to be firmly confident in the Permian’s long-term potential.” 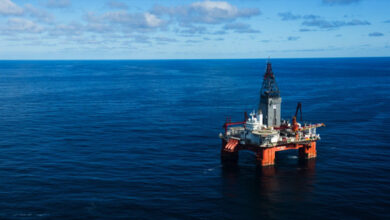 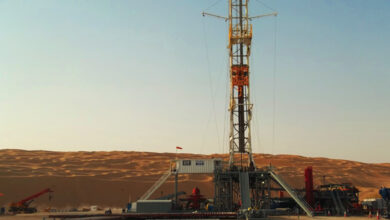