A good cement job is the primary barrier for effective zonal isolation and is the standard industry method to protect the wellbore from unwanted and dangerous influxes of formation fluids, solids and gases. In deepwater wells, the ability of the cement to reliably contain reservoir pressures is threatened by fluid losses to the formation during cementing operations that is impacted by higher pressures and temperatures, extended laterals and unstable formations.

Not only do deepwater wells carry a higher completion price tag, but an inferior or compromised cement job presents serious safety risks to the drilling rig, rig personnel and the environment. Micro-annulus channeling and flow, for example, can occur when there is poor cementing across gas or oil zones. This micro-annulus flow not only fails to provide a primary barrier for well control, it can also hinder the operator’s ability to properly abandon the well in an emergency situation. In extreme cases, inferior cement might allow gas or oil to migrate to the surface, leading to a blowout.

Industry statistics suggest that cementing problems are, unfortunately, more common than one might want to believe. Between 1992 and 2006, well safety statistics show that roughly 46% of blowouts on the Gulf of Mexico (GOM) Outer Continental Shelf (OCS) could be directly attributed to some failure in the cement to properly contain reservoir pressures.

Offshore operators can swing the odds of reliable well control back in their favor by bolstering the cement with a secondary mechanical pressure barrier above the uppermost hydrocarbon zone. Such a barrier would not only prevent the unintended and uncontrolled flow of reservoir fluids to surface in the event of failure of the cement barrier, but it could help boost production rates by eliminating flow that would otherwise be lost to the annulus (if positioned in the B annulus).

Baker Hughes has developed such a solution in the form of an electronically actuated packer with proven zero-extrusion gap seal technology that is qualified to ISO 14310/API 11D1 V0 acceptance criterion.  The Cytadel packer is designed to provide a gas-tight annular seal for the life of the well – from wellbore construction through well abandonment.

The system, which is typically installed as part of a long-string casing string (Figure 1), helps reduce HSE risks by curtailing issues associated with both annular casing pressure (ACP) and sustained casing pressure (SCP). ACP builds in or between the tubing and casing strings as the fluid heats up during its production up the well. The V0-rated seal created by the mechanical packer prevents this pressure from traveling to upper casing strings. This provides an additional level of safety assurance and prevents casing collapse, particularly for those wells where bleed-off equipment is not installed at the wellhead.

Unlike ACP, SCP builds back up in or between the tubing and casing strings after being bled down at the surface, representing an ongoing safety hazard. According to the US Bureau of Ocean Energy Management and Bureau of Safety and Environmental Enforcement (BOEM/BSEE), SCP can cause serious harm or damage to human life, the marine and coastal environment and property. More than 8,000 wells in the GOM have SCP in at least one annulus, and serious incidents as a result of high SCP are well documented in this region.  A long casing string system incorporating the V0-rated mechanical packer can reduce risks associated with SCP for the life of the well.

The packer comprises three fundamental components, which, taken together, help improve the reliability of the well control operation. The first, a downhole packer, is built from a solid-body mandrel with tubular connections. Because there are no flow paths through the body, the packer maintains pressure integrity and eliminates the potential for hydrocarbon communication between the casing and the annulus. The body also matches the burst and collapse properties of the casing, thus helping to ensure wellbore integrity.

The second design feature is a seal based on the company’s ZX technology. The zero-extrusion gap seal has been qualified to ISO 14310/API 11D1 V0 pressure acceptance criterion of up to 15,000-psi differential at temperatures of up to 400°F (204°C). These seals have been employed on liner top packers for years to provide a pressure barrier above the liner hanger. On more than 40,000 runs to date, the seals offer a reliability of 99.5%.

The third feature is a modular electronic trigger mechanism, which is deployed and activated in one trip and eliminates the need for pressure or pipe manipulation to set the packer. The force required to set the packer is generated from either hydrostatic pressure that already exists in the wellbore or from a nitrogen spring contained within the packer. Depending on the packer’s setting depth, different activation procedures are followed.

The shallow-set system employs an acoustic trigger to set the packer. A signal generation system on the surface consists of an intrinsically safe electronic unit that controls a pneumatic-hammer attached to the casing string. The pneumatic hammer generates a unique acoustic pattern which travels along the casing until it reaches the electronic module located within the downhole packer.

The downhole electronic module incorporates accelerometers and a microprocessor, which together differentiate the incoming signal from any other vibration that may be generated during normal operations. When the signal is received, a setting force is generated that allows stored pressure energy to communicate with a piston acting against an atmospheric chamber within the packer.

The electronics module is powered by a battery pack and is capable of operating at temperatures from 35-300°F. Due to finite battery life, the maximum amount of time that can reasonably elapse between deployment of the shallow-set packer from the rig floor and its activation is two weeks, or 336 hours. The electronics and the battery technology in the shallow-set system have been optimized for deployments at temperatures as low as 14°F on the rig floor.

From top to bottom, the packer is composed of a zero-extrusion gap seal module and a setting module, which in turn consists of a setting mechanism, an electronics module and compressed nitrogen module. The pressure differential created by the downhole control module strokes the setting pistons, which then deploys the packer seal against the annulus. This system eliminates the need for flow ports through the packer body during setting, which can greatly enhance system reliability and prevent inadvertent activation of the packer during the trip downhole or during cementing operations.

The shallow-set system underwent a rigorous qualification program and reliability analysis that included:

• Acoustic signal testing of the electronics module when deployed on casing strings inside actual wells with WBM medium; and

• System-level testing to confirm the successful interaction of the downhole components.

In the event that the surface control unit becomes inoperable or a condition arises that prevents the acoustic signal from being detected downhole, a preprogrammed timer sequence may be used to set the packer. Because the strength of the acoustic signal is affected by well parameters, the use of acoustic triggers is limited to shallow-depth applications.

A deep-set system is available that employs a magnetic trigger to set the packer. The system comprises a surface-deployed special follow casing wiper plug (CWP) and a downhole annular casing packer. The setting sequence is activated by a magnetic field generated by the follow CWP as it traverses a multitude of sensors in the packer’s electronic module. The follow CWP creates a unique magnetic signature that is read by Hall effect sensors within the packer’s electronic module. The unique magnetic field prevents inadvertent activation of the packer during the trip downhole.

After activation, the setting force can be generated by several methods, including well hydrostatic pressure acting upon atmospheric chambers within the packer. This system also eliminates the need for flow ports through the packer body during setting, enhancing system reliability.

The packer is similar in design to the one used in shallow-well applications, with the exception of hydrostatic setting pistons that replace the compressed nitrogen module. After the onboard electronics receives confirmation of the correct magnetic signature, the trigger valve opens to allow hydrostatically charged well fluid into an atmospheric chamber to initiate the setting sequence. The use of hydrostatic setting pistons is a field-proven alternative for greater well depth applications where sufficient bottomhole pressure is available to generate the required setting forces. This system consists of one or more modular atmospheric chambers that can be employed as a standalone option or in conjunction with other setting methods. The mandrels of the setting module do not contain any communication ports, and premium tubing connections on the tool mandrel are the same as those used throughout the casing string, thereby eliminating reliance on elastomeric seals.

As with the shallow-well system, different setting methods exist for the deeper well model:

1. Use of the follow CWP that activates the setting sequence after a preprogrammed amount of time has elapsed to allow for completion of cementing operations.

2. Use of a drop bar that employs the same magnetic signal carrier as employed on the follow CWP.

3. A contingency preprogrammed timer sequence that allows the packer to set if the follow CWP or drop bar is not detected.

The packer seal used in both the shallow-set or deep-set systems has the same proven, gas-tight, metal-backed, zero-extrusion gap design. The setting force drives the seal up a cone ramp, causing it to expand and conform to the casing ID. The element’s external tooth profile eliminates any extrusion gap, trapping the setting force between the teeth and preventing cold flow of the elastomeric cover. The element provides an effective annular seal between the long string and parent casing, thus reducing possible formation breakdown, loss of cement slurry and gas migration within the wellbore during and after cement cure.

The annular casing packer system is not limited to deepwater applications but can be deployed as a secondary pressure barrier for offshore and onshore wells. Its first field application was unique in terms of the size required: an 18 5/8-in. long string packer that is set in 24-in. casing. To date, two of these systems have been installed in offshore Sakhalin Island wells, the first at 492 ft and the second at 1,200 ft. The operator performed a 150-psi backside pressure test on the first well and a 218-psi test on the second well for 30 minutes to confirm the seal was set.

The operator continues to monitor pressure in the annulus of both wells, confirming that no buildup has occurred.  The first well is online and producing 280 MMscf/day of hydrocarbons. These wells were excellent candidates for field trials as fluid loss to the formation during cementing operations is an ongoing issue.

As government regulations and industry standards continue to evolve, a more intense focus will be placed on reducing annular flow prior to, during and after completion of primary cement jobs. The long-string completion systems that contain a secondary mechanical pressure barrier, i.e., annular casing packer, above the uppermost hydrocarbon zone should help to alleviate the concerns.

The boom Down Under 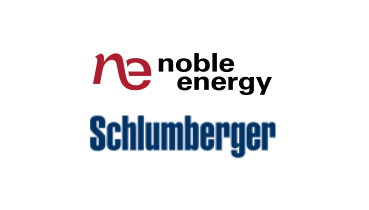