While coiled tubing has historically been a quick and cost-effective intervention tool, delivering these services at an accurate depth is critical to providing maximum efficiency. “If we’re delivering the solution at the wrong depth, we’re defeating the efficiencies we started out with,” Tim Ramsey, Coiled Tubing Product Line Manager, Baker Hughes, said. In this video, Mr Ramsey explains how Baker Hughes’ TeleCoil intelligent coiled tubing, which monitors downhole temperatures and pressures with real-time depth correlation, can put a drilling operation “within inches” of depth from where it needs to be. The company plans to integrate TeleCoil with the CIRCA Real-time product – an upgrade to CIRCA, Baker Hughes’ pre-job simulation software, enhancing on-site design data. “That will provide further improvements as far as performance and efficiency and also to change jobs on the fly,” Mr Ramsey said. CIRCA Real-time is targeted for release at the SPE/ICoTA Coiled Tubing & Well Intervention Conference in The Woodlands, Texas.

As coiled tubing becomes longer and stronger to address the challenges of increasingly complex wells, it is also becoming smarter in order to meet operator needs for greater certainty and reliability in assessing depth and other downhole conditions. “The whole point of running coiled tubing (CT) is that it offers cost-effective interventions that deliver solutions quickly and efficiently,” said Tim Ramsey, Coiled Tubing product line manager for Baker Hughes. “However, as well environments become more demanding, operations more complex and spread costs higher, we need to maximize efficiency and performance with better understanding of downhole conditions.”

Historically, the industry’s lack of methods to monitor live conditions downhole while running CT limited the technology’s benefits. “Knowing your depth is critical to success,” Mr Ramsey noted. “If we deploy the CT at the wrong depth or don’t complete the operation as designed, we’ve lost a lot of the efficiency that led us to use CT in the first place. For example, at a depth of 18,000 ft, a 1% miscalculation using conventional CT could result in missing the target zone by 180 ft or more.”

Such limitations, combined with Baker Hughes’ philosophy that “knowledge works best when you actually use it,” led to the development of the TeleCoil intelligent coiled-tubing services, which provides accurate, real-time downhole monitoring of multiple downhole parameters, including depth correlation, differential pressure and temperature.

Initially launched in 2010 for 2 7/8-in. outer diameter (OD) bottomhole assemblies (BHA), the system was expanded in 2014 to include 2 1/8-in. and 3 ½-in. BHA sizes, enabling use in wells and completions ranging from 2 7/8 in. to as large as 9 5/8 in., he said. The plug-and-play system includes three basic features: pressure and temperature sensors, along with a casing collar locater, housed in a tool that fits behind any operational BHA on the end of the coil; a non-intrusive tube wire installed in the CT; and surface hardware that interprets the data and enables realization of downhole parameters in real time.

“The robust alloy housing of the non-intrusive tube wire can withstand the pressures and corrosive fluids and abrasion often encountered in CT operations,” Mr Ramsey said. “More delicate systems, such as fiber optics, often can be damaged due to the vibration and high fluid rates seen in CT interventions.” The system has been deployed in more than 800 well interventions across six continents.

Baker Hughes will further expand its intelligent CT services this year with an enhancement to the CIRCA CT Simulation software portfolio. The first generation of CIRCA Real-Time, designed to input simulation data into a monitoring and analysis system used by field engineers at the well site, will be launched at the Coiled Tubing & Well Intervention Conference & Exhibition, 24-25 March in The Woodlands, Texas.

A second-generation version, expected to launch late this year or early 2016, will use real-time data from TeleCoil to update and calculate operational thresholds and critical parameters, such as downhole flow rates, weight and pressures, further optimizing safety, efficiency and certainty in CT operations, Mr Ramsey explained. “The objective will be to combine the pre-job modeling with actual variables to optimize reliability and certainty and increase safety and efficiency in CT applications.”

TeleCoil and CIRCA are trademarked terms of Baker Hughes. 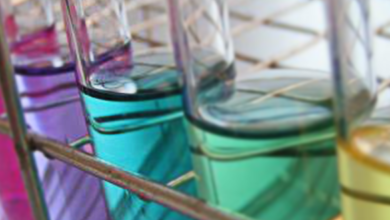 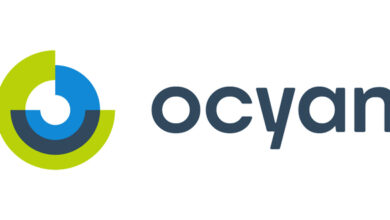