Chesapeake Energy has reported financial and operational results for Q2 2018.

“Chesapeake continues to make significant progress in achieving our strategic priorities of reducing leverage, increasing margins and reaching cash flow neutrality. Last week’s announcement to sell our Utica position will allow us to retire nearly $2 billion of outstanding debt, while the recent significant ramp in our Powder River Basin volumes position us to replace the divested Utica EBITDA within a year,” Doug Lawler, Chesapeake’s President and Chief Executive Officer, said. “For the third consecutive quarter, we have recorded impressive cash flow driven by better-than-expected oil production. We expect to see continued meaningful improvements in growing our cash flow as our total oil production, adjusted for asset sales, moves higher throughout the rest of 2018 and into 2019. Lower total debt, improving margins and greater capital efficiency are positioning Chesapeake for significant equity value creation moving forward.”

For Q2 2018, Chesapeake reported a net loss of $16 million and a net loss available to common stockholders of $40 million, or $0.04/diluted share. The company’s EBITDA for Q2 2018 was $382 million. Adjusting for items that are typically excluded by securities analysts, Q2 2018 adjusted net income attributable to Chesapeake was $139 million, or $0.15/diluted share, while the company’s adjusted EBITDA was $536 million.

Chesapeake continues to benefit from the depth and breadth of its portfolio, which offers stacked pay potential across a diverse set of assets. The company remains focused on optimizing these resources through enhanced completions, longer laterals and spacing optimization and continues to drive costs lower to enhance its cash flow.

In late June and July 2018, Chesapeake placed a total of five Turner wells on production with initial daily rates ranging from approximately 1,500 BOE/day to 3,200 BOE/day, with oil production representing approximately 65%. These wells are still in flowback and cleanup, and the company expects higher rates from several over the next 30 days. The Turner program continues to deliver impressive results across a broad area, with wells now producing across an area over 20 miles wide in the field.

To support anticipated rig activity, Chesapeake recently reached an agreement with Williams Partners and Crestwood Equity Partners for an expansion of their existing gas gathering system and processing facility at the existing competitive fee-rate structure. The company is also in active discussions with several midstream and downstream providers on awarding its crude and water gathering business in the basin.

The Haynesville Shale in Louisiana continues to deliver consistent production volumes, and with approximately 75% of the development locations remaining undeveloped, offers significant potential for future growth. To date, the advances provided by enhanced completions and longer laterals, including the first 15,000-ft lateral ever drilled in the basin, have allowed the company to grow Q2 2018 production by approximately 15% year over year while utilizing the same number of rigs. Additionally, with ample takeaway capacity, Chesapeake is well positioned to access Henry Hub pricing and other premium markets. Chesapeake moved an additional rig into the Haynesville in July and is currently utilizing four rigs. The company placed 12 wells on production during the Q2 2018, and expects to place six wells on production during the Q3 2018 and nine wells on production during the Q4 2018.

Chesapeake recently announced that it has entered into an agreement to sell its interests in the Utica Shale operating area located in Ohio for approximately $2 billion, plus the right to receive an additional $100 million in consideration based on future natural gas prices, to Encino Acquisition Partners, a private oil and gas company headquartered in Houston. The transaction, which is subject to certain customary closing conditions, including the receipt of third-party consents, is expected to close in Q4 2018. Chesapeake is currently utilizing no rigs and placed seven wells on production during Q2 2018. The company expects to move two rigs back into the Utica in the near term, in accordance with the recent purchase and sale agreement signed last week regarding the asset and expects to place 14 wells on production during Q3 2018. 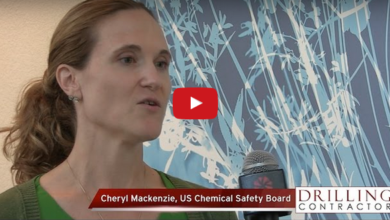 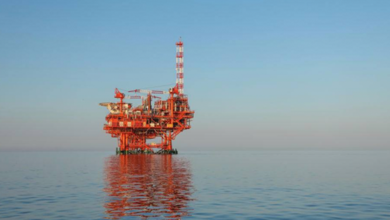 More than 1,300 pre-registered for 2008 IADC/SPE Drilling Conference in Orlando