While the digital age has spawned a world of nearly seamless information access for billions of people around the world, the drilling industry is still working to turn this accessibility into true operational value. One strategy BP is taking is through its Well Advisor Program, which acts as a monitoring system by providing real-time data about specific functions within wellsite operations. “We’ve not always been able to keep track with the goal of turning data into information and information into insight. This issue was sort of the genesis of the Well Advisor project,” Riaz Israel, BP Drilling Optimization Specialist, said at the 2015 SPE/IADC Drilling Conference in London on 17 March.

“A few years ago, a team of engineers from our company was tasked to look into this solution to determine how we could better use the information to impact our operations positively,” Mr Israel said. “They concluded that if we could leverage the current real-time data capabilities, integrated with predictive tools and operations processes, link that with company’s expertise and then deliver that information to the right people at the right time that we could enhance our capability to make better informed operational decisions through all phases of well construction.”

The result was the creation of a series of Well Advisor dashboard consoles that make real-time well data for a variety of wellsite processes available simultaneously to rigsite employees and to office-based experts. Each console addresses a specific element of a well construction activity, such as casing running and cementing.

He explained that the consoles are updated by multiple data visualization widgets, which are fueled by “smart algorithms.”

“The approach we’ve taken is sort of dual layers of aggregation,” Mr Israel said. “We aggregate data at the well site. We’ve got our rig server anywhere we have well advising, and that rig server aggregates the data and makes the capability of the Well Advisor available to the folks on the rig.” The data is replicated to one of two two onshore mega data centers – one for the Eastern Hemisphere and one for the Western Hemisphere, he said. Data replication provides redundancy for disaster recovery options, and it allows workers to have access while also serving the “remote global database.”

The flagship console – casing running – has been used in more than 350 casing, liner and completion running operations, with global deployment in 30 offshore installations and more than 100 offshore wells. “The console includes a proprietary method to monitor hookload data,” Mr Israel said. To date, there have been zero stuck casing incidents in operations while utilizing the casing-running console.

Three other consoles that have also been deployed as part of Well Advisor are cementing, pressure-testing and a fourth called No Drilling Surprises.

The cementing console was designed to aid cement specialists and drilling engineers over the course of primary cement jobs – gathering design and execution data while illustrating it with rapid interpretation of cement variables and properties. The goal is to help cementing personnel confirm the job is being completed as planned. To date, the cementing console has been used in more than 30 runs in the North Sea, showing reliable cement placement for each well section, Mr Israel indicated.

The No Drilling Surprises console assists with subsurface workflows throughout the well planning and execution phases. It has a “correlation widget that allows geologists to monitor real-time warnings of subsurface risks,” Mr Israel said.

BP expects to soon deploy two additional consoles – rig-site fluid management and BOP health monitoring. The fluid management console, currently in field trial stage, is designed to indicate “early warning signs for lost circulation and well control events,” he said. The BOP health monitoring console will provide a medium for communication of BOP electric and hydraulic health between rig and office employees. To do this, diagnostics from the rig’s BOP system are simplified and organized into a dashboard for easy accessibility, he indicated. Daily reports would summarize the past 24 hours of BOP functions and would display events such as position changes, hydraulic pump actuation, and other variables such as pressure and temperature analog data. 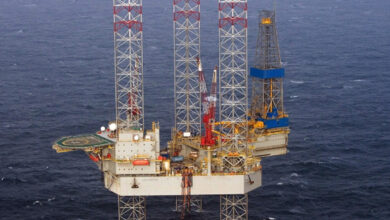 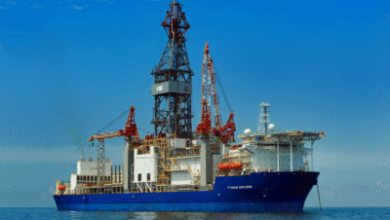 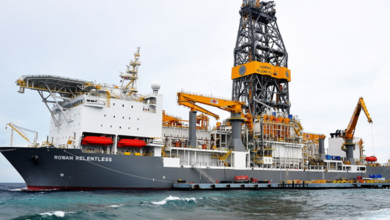