BP has announced that it has agreed to sell its entire business in Alaska to Hilcorp Alaska, based in Anchorage, Alaska. Under the terms of the agreement, Hilcorp will purchase all of BP’s interests in the state for a total consideration of $5.6 billion.

The sale will include BP’s entire upstream and midstream business in the state, including BP Exploration (Alaska) Inc., that owns all of BP’s upstream oil and gas interests in Alaska, and BP Pipelines (Alaska) Inc.‘s interest in the Trans Alaska Pipeline System (TAPS).

“Alaska has been instrumental in BP’s growth and success for well over half a century and our work there has helped shape the careers of many throughout the company,” Bob Dudley, BP Group Chief Executive, said. “We are extraordinarily proud of the world-class business we have built, working alongside our partners and the State of Alaska, and the significant contributions it has made to Alaska’s economy and America’s energy security.”

“However, we are steadily reshaping BP and today we have other opportunities, both in the US and around the world, that are more closely aligned with our long-term strategy and more competitive for our investment,” Mr Dudley added. “This transaction also underpins our two-year $10 billion divestment program, further strengthening our balance sheet and enabling us to pursue new advantaged opportunities for BP’s portfolio within our disciplined financial framework.”

“As a highly-capable operator with extensive Alaskan experience, Hilcorp is ideally placed to take this important business on into the future, continuing to optimize its performance and maximize its value for the State of Alaska,” Mr Dudley said. “We are committed to a safe and smooth transition of operations so that our employees, partners and local, state and federal government officials all feel that we have handed over these important assets in the right way.”

Under the terms of the agreement, Hilcorp will pay BP a total consideration of $5.6 billion, comprising $4.0 billion payable near-term and $1.6 billion through an earnout thereafter. Subject to state and federal regulatory approval, the transaction is expected to be completed in 2020. The deal forms a significant part of BP’s plan to divest $10 billion of assets over 2019 and 2020.

“Today’s announcement marks the start of an exciting new chapter for Prudhoe Bay,” Janet Weiss, Regional President, BP Alaska, said. “Alaska has been a core part of BP for 60 years, and saying goodbye will not be easy. Our people have achieved incredible success over the decades developing and maintaining these hugely important assets, but we are confident this sale is in BP’s and the state’s best interests and the business will be best positioned for the future with Hilcorp. We will do all we can to ensure they are able to quickly build on the strong foundation that we and others have built here.”

BP began working in Alaska in 1959, drilling the confirmation well for the Prudhoe Bay oilfield in 1968 and in the mid-1970s helped build the 800-mile Trans Alaska Pipeline. BP began producing oil from Prudhoe Bay in 1977. The giant oilfield – the most prolific in US history – has to date produced over 13 billion bbl and is estimated to have the potential to produce more than one billion bbl further.

Approximately 1,600 employees are currently associated with BP’s Alaska business and BP is committed to providing clarity about their future as soon as possible as part of the transition process with Hilcorp.

Hilcorp has been operating in Alaska since 2012 and is currently the largest private oil and gas operator in the state, currently operating more than 75,000 BOE/d gross production. In 2014 Hilcorp purchased interests from BP in four operated Alaska North Slope oilfields.

BP continues to develop its business in the US, where between 2005 and 2018 it invested over $115 billion, more than any other energy investor. In Q2 2019, BP’s net oil and gas production from the US averaged over 921,000 BOE/d, from major interests in Alaska, onshore Lower 48 and deepwater Gulf of Mexico.

In late 2018, BP acquired a portfolio of high-quality onshore US oil and gas interests from BHP for $10.5 billion, adding 190,000 BOE/d net production. BP also continues to develop its business in the deepwater Gulf of Mexico, bringing on a series of new projects on its major producing assets. The new $9 billion Argos platform on the Mad Dog field is expected on stream in 2021.

“Our exit from Alaska does not in any way diminish BP’s commitment to America. We remain very bullish on the US energy sector,” Mr Dudley added. “In just the last three years, we have invested more than $20 billion in the US and we will continue to look at further investment opportunities here.” 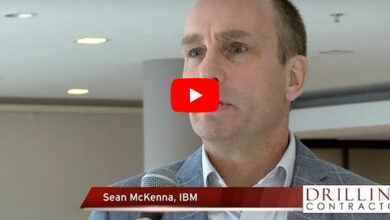 Don’t think it could ever happen to you? Neither did this rig manager