Imagine this scene: You’re in a supermarket car park pushing a trolley full of groceries back to your car. You’re trying to remember if you bought ketchup or not. As you approach your car, you press the key fob: nothing. You press it again: nothing. You point your key fob, which presumably has a flattening battery, in the direction of the car, but: nothing. Then, you notice a Chessington Zoo sticker in the rear window. You have never been to Chessington Zoo, and no, that is not your car. After a quick glance around to check no one has seen your attempt at grand theft auto, you glide your trolley to the next parking bay and load your groceries into the car you actually own.

Many readers have likely experienced a similar situation, and it’s an unremarkable event. However, the same error in a different context can be potentially dangerous. Such was the recent case of the two helicopter pilots who landed on the wrong platform in the North Sea. The pilots made the mistake because the platforms were “visually similar.” The fact is: People use the same brain at work as they do outside of work, and it’s easy to make errors no matter where a person is. Walking to the wrong car and landing on the wrong platform are examples of the same error but in different contexts.

People often use phrases that suggest our eyes provide an accurate and unfiltered picture of the world. For example, “seeing is believing” and “I will believe it when I see it.” In Miguel de Cervantes’ classic novel “Don Quixote,” Quixote has clearly lost his grip on reality when he sees huge giants that are, in fact, windmills. Readers may also have heard the expression “beer goggles,” referring to the visually debilitating effects of alcohol. But eyes can also play tricks on people who have no impairments, with a fair degree of regularity.

Picture this scenario: You are stopped in the street by a man, holding a map. He says he is lost and wants directions. While you are talking to the lost man, two people carrying a large wooden door walk in-between him and yourself. For a brief moment, your view of the lost man is totally blocked by the door.

You are unaware that this event is part of a carefully planned experiment carried out by the local university. As part of the experiment, when the supposedly lost person is behind the door and out of view, he is swapped for a different person – not an identical twin but simply another person. Once the door carriers have moved on, this different person continues to speak with you to get directions. The people running the experiment are watching from a distance to see if you notice that you are speaking to a different person. Would you notice that the person had changed?

When people are asked to think about this scenario, they typically answer “yes,” believing they would notice such an obvious change. But when the experiment was carried out, half of the people stopped in the street did not notice the change.

Now consider this situation: A drilling rig conducts an emergency shutdown test to ensure its backup system is working correctly. The crew member who needs to do the test is in the control room. At the appropriate time, he presses the EDS button, which stands for emergency shut down – except it doesn’t.

EDS stands for emergency disconnect system. Pressing the EDS button causes the blowout preventer (BOP) to cut through the drill string and the lower marine riser package to disconnect from the BOP. Thereafter, the rig moves off location. The ESD button was inches away from the EDS button, and the crew member became confused due to the visual similarity.

Just like the door experiment, it’s common to assume that it should be easy to discern between one object and another – in this case, two buttons – especially for experienced and careful crew members. However, assuming people will see supposedly obvious differences is a flawed standpoint.

How our Eyes and Brains Work Together

Because of the way our eyes and brains work together, we have a tendency to see what we expect to see and not what is actually there. There is a strong possibility that the crew member quickly looked down at the emergency disconnect button, and his brain registered the letters ESD: emergency shut down. It is entirely possible that, for a brief moment, his brain misled him and actually showed him an illusion, i.e., the wrong letters. While it is true that the great majority of the time our senses work perfectly fine, there are times that they provide a misleading picture of the world.

Look at the triangle in Figure 2 and read what it says.

Most people will read “Paris in the Spring.” Their brains will filter out the duplication of “the” from the sentence. Look again, if you did not see the extra word. So, what happened? Because of a quirk known as top-down processing, your brain cuts out and, at times, adds information that is not there.

Your brain does this because it takes less effort for it to fill in the blanks, using expectations that are stored in your long-term memory, than it takes to look carefully at everything in your visual field. When you are asked your age, you give a round number, something like “34” as opposed to “34 and three quarters.” Giving any more detail is just not necessary. Your brain works in the same way: Most of the time it approximates because, most of the time, approximations are all that’s required to get by.

Another harmless example of how our vision can morph objects together occurred when the author was on a drilling rig. It was early morning, and he needed his first coffee of the day to get started. He made his way to the coffee station. Then he unscrewed the top of his coffee cup and put it down. Following that, he unscrewed the top of the instant coffee jar, after which he put a scoop of instant coffee granules into his coffee cup. Finally, he started to fill what he thought was the coffee cup with hot water.

After half-filling the container, he realized he was filling the coffee jar with water, not the coffee cup. His brain did not distinguish between the brown glass jar and the blue metal cup. It simply saw a cylinder shape that was roughly 10 inches high, a close enough match to the coffee cup’s description in his long-term memory to cause the error.

Here is a far more significant example that illustrates the dangers of top-down processing. In Iraq in 1994, there was an episode of friendly fire. Two American fighter planes shot down two US Black Hawk helicopters. Afterwards, one of the fighter pilots said, “I had no doubt when I looked at him he was a Hind.” The Hind refers to the Iraqi helicopter. The pilot saw what he expected to see.

What can we do to prevent visual errors?

Knowing the brain works in approximations, we can see how a preoccupied, stressed or otherwise distracted worker could easily make a visual error. We can also see how a worker who has performed an operation hundreds of times could drift into autopilot and make a visual error – even when they have given an object a quick glance to doublecheck it’s the correct object. But there are steps that can be taken to reduce the chance of these errors becoming accidents.

Make your people error-wise. Lord Cullen, who oversaw the Piper Alpha enquiry, recently said that workers should be error-wise. In other words, workers should know how errors occur so they are better prepared to identify situations that are likely to end in error.

First, the organization can be less understanding of everyday error traps. A lack of understanding will promote a blame culture rather than a just culture.

Secondly, when team members believe they are not likely to make an error, they are more likely to ignore preventive measures. For example, why have a second person observe the emergency shut down test if there is no realistic chance that anything will go wrong? The operator might as well let the person assigned to be the observer get on with another job instead.

One-off training is unlikely to be sufficient. The best way to prevent visual errors that involve engaging with controls is to design the hardware so it is mistake-proof. For example, re-locate the emergency shut down button so it is not in reach of the emergency disconnect system button. Or, put a shield over the EDS that has a release catch, so there are two movements required to activate it while still allowing the button to be activated in a timely manner in an emergency.

Training people to notice error traps and giving them a channel to eliminate them will pay dividends. For example, after watching a video on the everyday nature of visual error, a crane operator sat in his cab and noticed that it was possible to accidentally operate the main-line lever when the operator intended to use the secondary line lever. If this was done when the load indicator was set to display the condition of the secondary line, the main-line block condition would not be known. There would be a risk that the main-line could be pulled into the boom tip with 40-ton force and severely damage the crane. The crane operator knew whom he could speak to in order to remove the error trap, and a small switchable lockout device was fitted to prevent the wrong lever from being pulled.

Whether through a continuous improvement or safety observation program, crew members need to know whom they can approach to modify processes and controls. This will help to eliminate error traps.

Teams can make the brain’s tendency to see what it expects to see work to their advantage. Research shows that people searching for objects on a conveyor belt – such as airport security staff using X-ray machines – do much better at spotting dangerous objects when they are primed and told specifically what to look for. We need to make sure our crews cover all realistic risks when holding their pre-tours and toolbox talks so they are more likely to spot hazards while doing a job. DC 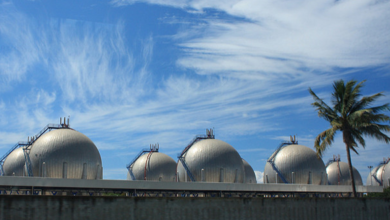 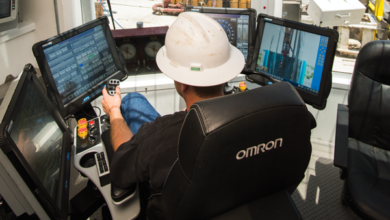