The advancement in deeper drilling programs and directional wells with multiple casing strings have urged the use of an expandable reamer in which casing pass-through ceases to be a restriction. Significant cost savings on enlarging the hole can be obtained by drilling with a rotary steerable system (RSS) because it eliminates a designated hole-opener run after the pilot has been drilled.

In the past, a combination of steerable motors and bi-center bits was the only viable option for concurrent directional drilling and hole enlargement where casing pass-through was an issue. However, this practice was soon found to be undesirable since the use of bi-center bits/tools and eccentric hole-opener tools commonly suffered from excessive shock/vibration, torque fluctuation, poor directional control, and irregular and/or spiraled hole.

The combination of RSS and underreamers provided a better alternative solution for directional drilling that requires simultaneous hole opening. Because the RSS steers while fully rotating, an RSS BHA is carefully designed to incorporate an underreamer behind an RSS and MWD/LWD tools. The RSS underreamer technology has brought many benefits such as drilling “shoe-to-shoe” in one run, high ROP, good LWD log quality, high-quality borehole and consequently good directional results.

The PathMaker RSS used in the programs has unique features suitable for underreaming applications. A non-rotating steering unit of the RSS de-couples the steering unit from the string and ensures that any low-level stick-slip generated by the additional cutting structure of the underreamer does not affect the efficiency of the RSS steering control system. Automated steering features enable the system to efficiently drill vertical and tangent sections. Integrated Real-time Stick-slip and Vibration Detection (RSVD) delivers lateral, axial and stick-slip measurements to the surface operator for underreamer BHA stability monitoring.

The PathMaker RSS can be configured as a push-the-bit or point-the-bit system depending on the application. Drilling engineers typically have a preference as to which type of system has performed best in their region in the past. The system typically runs in push-the-bit mode if hole wash-out is expected or higher DLS are required. When superior hole quality is desired for low-dogleg well profiles, the point-the-bit RSS will give the best results.

The RSS steering unit is designed with three independent, hydraulically actuated steering pads. These pads also act as an anti-rotation device to keep the steering unit substantially stationary. Since the pads on the steering unit apply a constant force to the borehole wall, they act as a hydraulically dampened bushing to dampen vibration in the lower part of the BHA. The RSS adjusts the pad positions at the steering unit and creates a geometrical bias in the desired direction (toolface) and amount (offset) from the center of the borehole. The pad extension is measured by an accurate position sensor and is controlled by an on-board processor in a closed-loop fashion.

When drilling vertical or tangent sections with the system, Hold and Cruise Control Modes can be used. These steering modes are automated closed-loop functions that allow the RSS to automatically target and maintain operator-defined inclination and azimuth settings.

Actual inclination and azimuth are continuously compared against the target inclination and azimuth, and depending on the error (difference between target and actual values), programmed toolface and offset are adjusted accordingly to minimize the error in the next iteration.  If the well path or drilling target positions are moved, the target inclination and azimuth values can be modified using a downlink while drilling ahead. Automated directional control is typically used in a long tangent section to reduce operator interaction and to make the system much more efficient, providing substantial savings in rig time.

Vibration problems associated with hole enlargement while drilling have been well documented. Early detection of potential failure caused by vibration and/or stick-slip is the design principle behind the implementation of RSVD.

Vibration-related failures can become more common on reaming while drilling BHAs simply because there are two hole sizes and consequently two cutting structures to manage. Vibration-related failures can compromise the significant cost savings that the RSS underreamer technology provides. The RSVD provides early warning of unwanted vibration and stick-slip that could potentially cause failure of BHA components, MWD/LWD and RSS. When high levels of vibration and/or stick-slip are detected, the directional driller can change the surface parameters to reduce vibration and/or stick-slip to acceptable levels.

Another unique feature of this RSS is a Real-time Pad Contact Caliper (RPCC) measurement. Since the steering unit uses pad extension to measure offset from the center of the hole, the same measurements are used to calculate accurate hole caliper. Hole caliper measurements while drilling are very useful to determine borehole conditions.

It is well known that reduced steering performance and DLS capability are a result of an over-gauge hole. Knowing the actual hole diameter close to the bit helps the system to maintain accurate constant curvature drilling, as well as to alert the operator in real time that hole enlargement may be present in the pilot hole.

Three activating/de-activating concentric underreamers have been used in combination with the PathMaker RSS. The concentric underreamers were chosen because their design is inherently more stable than that of eccentric reamers. All three underreamers are hydraulically activated. Hole enlargements from 13 in. to 17 ½ in. have been performed with 12 ¼-in. pilot hole using the RSS. For each run, PDC bits were selected based on matching the cutting structure with the underreamer. It is well known that matching the cutting structures will lead to a more balanced assembly.

Throughout 2006 and 2007, PathFinder successfully used the RSS underreamer combination to drill directional wells in the North Sea, Mediterranean Sea and Nile Delta (Egypt).

This well was drilled from a semisubmersible in the Mediterranean Sea.  Originally planned as a vertical well, a stuck BHA at 3,968 m in the 14-in. section meant that the RSS underreamer had to be used. With a rig spread rate of $250,000/day, the use of an RSS underreamer assembly could significantly reduce the well AFE, especially with the unplanned sidetrack.

With the underreamer clear of the casing window, the RSS was downlinked into Steer Mode, steering on high side toolface to depart from the original hole. At a bit depth of 3,615 m, the underreamer ball was dropped for activation. The assembly then commenced, opening the hole to 14 in. from 3,524 m to bottom.
Since the original hole had deviated from vertical, the well was heading in a northerly direction away from target center. The PathMaker RSS was used to turn the well through 180° at low angle so that the well was now heading in a southeast direction towards target center before the 11 ¾-in. casing point. A consistent DLS of 4.2°/30 m (utilizing 70% deflection) was achieved through the critical section of the low-angle turn.

While achieving all directional objectives, the on-bottom penetration rate of the 14-in. section through the Sadi Salem (claystone) formation was optimized to 20 m/hr, resulting in an average overall ROP of 14 m/hr.

The automated drilling mode reduced operator interaction from surface, hence saving rig time. The RSS underreamer assembly saved the operator approximately US$1 million by drilling 378 m of directional hole in four days while simultaneously enlarging to 14-in. with an underreamer.

Throughout the run, BHA lateral and axial vibration were very low while the assembly drilled through interbedded formations at varying ROP. The near-bit caliper was very steady in the pilot hole.

In this well, the use of the underreamer had no effect on the stability, steerability, drillability or durability of the PathMaker RSS. After the run, very little wear was observed on the drill bit and the underreamer. No problems were experienced running casing on this section.

After drilling out until the underreamer was clear of the shoe, the underreamer was activated. The assembly drilled 1,218 m in 126 drilling hr through the Karf el Shaikh formation. All directional objectives were achieved while simultaneously enlarging the pilot hole to 17 ½ in. This BHA produced consistent 2.0º/30 m build rates on a 30% deflection rate.  620 m of the tangent section was drilled in automated Hold Mode, maintaining well inclination at 35º.

The RSS underreamer assembly drilled in Hold Mode for more than 5.5 days, where only two minor manual steering corrections were required. The longest fully automated drilling section lasted more than 3.5 days. No downlink command was given to the PathMaker RSS for this duration.

The automated Hold Mode significantly reduced human interaction and tortuosity of the borehole, and consequently delivered a high-quality LWD log to the customer. This RSS underreamer assembly saved the operator seven days of rig time by eliminating a separate hole-opener run.

Throughout the run, BHA vibration and stick-slip were minimal while being monitored with the Real-time Stick-slip and Vibration Detection (RSVD) system.  The near-bit caliper reading was consistent at 12.25-in. throughout this section. The automated drilling mode allowed the RSS operator to adjust surface parameters only for optimizing drilling efficiency, and not for directional control. No problems were experienced at TD running the casing on this section.

The RSS underreamer combination has proven to be a cost-effective alternative for directional drilling while enlarging  holes from 12 ¼ in. to 13 in. to about 17 ½ in. The combination of a PathMaker RSS and the concentric reamer in the formations described above does not generate excessive vibration to compromise tool reliability.

•    Optimizing the specific RSS BHA configuration with the correct stabilization and underreamer placement resulted in minimal vibration while drilling, reaming and backreaming.

•    The RSS underreamer run avoids accidental side-tracking of the pilot hole, which could occur with conventional hole opening operations, especially in soft formations.

•    The unique steering mechanism on this RSS aids in BHA stability resulting in several wells that have been drilled without vibration or vibration-related failures at the MWD/LWD and RSS.

•    Automated Cruise Control and Hold Mode reduces operator interaction from surface and minimizes the tortuosity of the borehole, delivering a high-quality LWD log to the customer.

•    The Real-time Stick-slip and Vibration Detection feature alerts the RSS operator to harmful downhole vibrations while drilling with the RSS underreamer assembly.

•    Real-time near-bit caliper aids the directional driller in ensuring that DLS results are predictable and consistent.

Enlarging the borehole from 12 ¼ in. to 13 in. to about 17 ½ in. in one run with a combination of the RSS and an underreamer is an economical solution to directional wells that require hole opening. Performance success is evident in case studies discussed here. 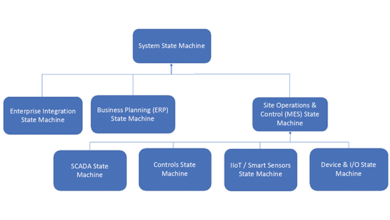 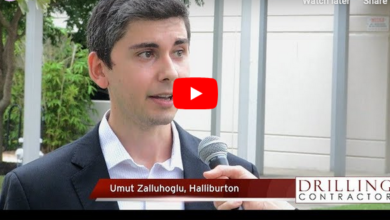