ADES has signed a definitive agreement with Weatherford for the acquisition of 31 onshore drilling rigs for a purchase price of $287.5 million, in line with its strategy to strengthen its onshore capabilities.

The transaction will be financed through a combination of cash and secured debt instruments and is expected to close in the second half of 2018, subject to customary closing conditions agreed upon in the agreement.

As part of the transaction, ADES will acquire Weatherford’s onshore drilling operations, including its associated assets, contracts, management systems and approximately 2,300 employees and contract personnel spread across Algeria, Kuwait and Saudi Arabia, where Weatherford has built a substantial presence and track record that will enable ADES to expand its presence across attractive pre-selected markets within the Middle East and Africa.

The acquired assets consist of 12 rigs in Kuwait, 11 rigs in Saudi Arabia, six rigs in Algeria and two rigs in southern Iraq. Twenty of the acquired 31 rigs are currently operational, and the remaining eleven will be used in tendering activities and for strategic inventory purposes that will enable ADES to continue to grow in these attractive markets within the Middle East and Africa. Upon completion of the transaction, the rigs are expected to generate an annual revenue of $150 million, while allowing the group to utilize its focused business model and leverage its economies of scale in existing markets. The acquired contracted rigs add an estimated cumulative backlog of $750 million, with a weighted average contract tenor of 4.5 years.

The transaction brings the number of ADES’ onshore rigs in Middle East and North Africa to 34, significantly increasing its onshore capabilities and cementing the group’s position as a major drilling contractor for both onshore and offshore markets in the region.

“We are truly delighted to have signed this agreement with Weatherford, where its reputation as one of the world’s largest oilfield service companies and its deep-rooted knowledge and experienced professionals in over 90 countries guarantees that this substantial asset and personnel addition will be a net positive for ADES. This landmark transaction significantly expands ADES’ total fleet and more than doubles its operational fleet, in line with our strategy of executing smart acquisitions, alongside building our backlog and participation in tenders,” Dr Mohamed Farouk, Chief Executive Officer of ADES, said. “Similar to our prior acquisitions, ADES is committed to the swift value extraction of its acquired assets utilizing the company’s focused business model. The new assets under ADES’ umbrella reinforce its position in the Saudi Arabian and Algerian markets and mark the expansion of its regional footprint into Kuwait and southern Iraq. The acquisition of onshore drilling operations in Kuwait will now allow ADES to identify new opportunities and actively participate in tenders in this strategic market.”

“We are pleased to have signed an agreement with ADES, a company that is known for providing high-quality and efficient services with an extensive track record of serving leading regional and global oil and gas customers,” Mark McCollum, President and Chief Executive Officer of Weatherford, said. “ADES is acquiring an efficient fleet of land drilling rigs and a dedicated work force with more than 60 years of experience in delivering drilling efficiency, operational excellence, and first-class safety. It was very important to us to find a buyer who will continue to provide the same level of service quality, safety and dedication to our customers in this region.” 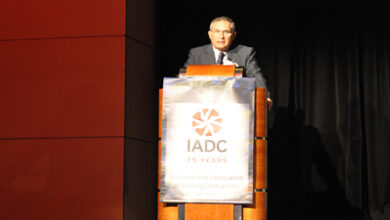 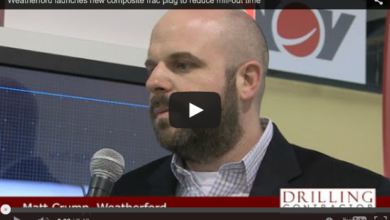 Mediterranean drilling looks to promising recovery on the horizon