Russian oil company Lukoil has begun commercial production operations in the prolific West Qurna-2 oilfield in southern Iraq after reaching a target production level of 120,000 bbl/day (bpd) on 28 March. Under terms of the development and production service contract between Lukoil and the Iraqi government signed in January 2010, the company is required to maintain that level of production for 90 days to begin receiving a return on its investments. Lukoil holds a 75% stake in the project, with the Iraqi North Oil Co holding the remaining 25%.

With an estimated 35 billion bbl of geological oil reserves in the Mishrif and Yamama formations, the West Qurna-2 field is one of the largest oilfields in the world. It is located 65 km (40 miles) from the town of Basra. The project also includes a 400,000-bpd central processing facility.

“The start of production at West Qurna-2 is strategically important for Lukoil,” Vagit Alekperov, president of Lukoil, said in a statement released in late March. “Starting up the field on a tight schedule and reaching the target production level underscores LUKOIL’s ability to independently and efficiently manage the implementation of complex, large-scale projects and reinforces our position as a global energy company.”

According to Grigory Maltsev, Development Drilling Manager for LUKOIL Overseas, 48 development wells and five well pads have been developed in West Qurna-2 since April 2012. The company has eight rigs in operation provided by CNPC Bohai Drilling Engineering Co, a subsidiary of China National Petroleum Corp. The drilling rigs for the project, manufactured in China in 2008 and 2012, are 1,500- to 2,000-hp designs equipped with skidding systems to allow the rigs to move from well to well in 24 hours. Well depths range from 2,600 to 4,000 meters (8,540 to 13,123 ft) with deviations up to 70°.

“No other company has drilled wells at such angles previously in the south of Iraq,” Mr Maltsev said. “Considering this challenge, Lukoil has adopted a strategy of drilling in clusters. We are now preparing to drill our first horizontal well.”

The company is also using advanced drilling technologies, including a rotary steerable systems and enhanced drill bits and fluid systems, he added. Most of the wells are being completed with artificial lift systems, such as electric submersible pumps.

GE, Devon to develop technologies for US unconventionals 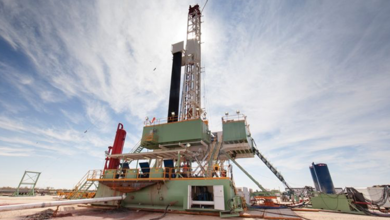 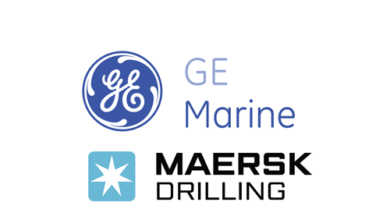