Technical challenges are becoming increasingly frequent as the industry explores the frontiers of offshore drilling. One such recent challenge was the Solaris ultra high-pressure, high-temperature (HPHT) exploration well, operated by Total Norge, on the Norwegian Continental Shelf (NCS). The well was successfully drilled in 2016 by Maersk Drilling’s Mærsk Gallant. The rig, an MSC CJ62-120S design jackup, broke a line of records in the process.

The Solaris exploration well was an ultra-HPHT reservoir (greater than 15,000 psi and greater than 300°F), which required a harsh-environment jackup rig with 20,000-psi (20K)-rated well control equipment. The well also required the deployment of managed pressure drilling (MPD) equipment and procedures.

This was a single well project to evaluate the reservoir, and it was crucial to determine the most cost-effective way to execute the project without compromising safety or operational efficiency.

The solution was to refit and modify an existing drilling rig, the Mærsk Gallant, for 20K operations. This was originally a 15K-rated jackup, so several challenges needed to be overcome to meet the requirements of a 20K-rated rig and execute the required modifications.

• Fabrication of 15K to 20K connector-adaptor;

Switching from planning to execution

Stakeholder management and communication were key elements throughout the project, due to the number of involved parties. These included the Mærsk Gallant rig team; the operator that the rig was working for at the time; the Solaris well team; the Norwegian Petroleum Safety Authority; the relief rig team – which is required when drilling exploration wells of this type; equipment providers; and third-party service providers, among others.

One particular instance of excellent stakeholder management was for the planning and execution of the rig modification work, which began while the rig was still on contract with another operator. The client, along with the Maersk Drilling project team, engaged with the operator to develop a plan that would have no impact on either safety or operational performance. A workable plan was agreed upon, and project preparation activities, such as hull penetrations (non-hot work), interface preparations and cable pooling, were carried out successfully.

Once the rig had concluded its ongoing operation and was on its way to the ultra-HPHT well location, the pace of the preparation and rig modification tasks increased. The procured 20K BOP was refurbished, tested and recertified. A dedicated 20K bullheading pump and lines were installed. Rig modifications were carried out, including:

• Fabrication of adaptor connector from 20K BOP to 15K BOP;

• Installation of tension yoke below Texas deck; and

Equally important to the success of this project was the operational readiness of the crew and personnel onboard. A training program, including extensive work with well control simulators, was jointly developed and delivered to the rig crew and personnel.

Safety and training was a top priority throughout the project, highly emphasized by all parties. On the well planning side, the drilling support team within Maersk Drilling worked with the client to finalize the well control philosophy and well operational procedures in a joint operations manual. Well plan optimization sessions were held involving all crew and third-party service execution personnel, ensuring that everyone involved in the operation was well prepared. Representatives from the Norwegian regulatory authority were also present at the training and optimization sessions.

The drilling of the well itself was carried out without any incidents, and all drilling objectives were achieved. In addition, records for depth (5,941-m TVD), downhole temperature and pressure were set for drilling on the NCS. The heaviest casing string at 1.2 million lb (on the weight indicator) and the largest cement job at more than 600 cu m of slurry were also seen on this well. It was the first time that a 20,000-psi rated BOP had been deployed on the NCS.

It is important to acknowledge the role that teamwork and close collaboration with the client played in the preparation for this project. Without the close dialogue and innovative solutions, the project would not have been possible and the record-setting well could not have been drilled.

The formulation of a suitable well control philosophy, which, in addition to the extreme subsurface environment, took into account the available modified rig capabilities and limitations, was also a unique achievement.

To summarize, a 15,000-psi rig was optimized and transformed into a 20,000-psi rig within budget, including new operational procedures and training, and the complex Solaris well was drilled to total depth with zero incident, while setting NCS records.

In conclusion, the main take-away from this project is that a technical challenge can lead to innovations for our industry. In this case, cost-effective and tailored solutions were developed in response to a complex, non-routine project, which is especially relevant in the current industry climate. Additionally, continuous stakeholder management and communication were crucial to successful execution, and a comprehensive crew training program ensured that everyone was well prepared.

Above all, technical innovation, collaboration and planning enabled the safe drilling of the deepest, hottest and highest pressure well in NCS history. DC

This article is based on a presentation at the 2017 IADC World Drilling, 28-29 June, Amsterdam.

Adebowale Solarin graduated from the University of Lagos in 2000 with a B.Sc. Hons in mechanical engineering. He also has a post-graduate in petroleum engineering from Herriot Watt University. He started out as a trainee with Shell Petroleum Development Company in Nigeria. Thereafter, he joined Addax Petroleum as a Drilling Engineer, where he spent 8½ years. He has been with Maersk Drilling since 2012 as a Drilling Performance Superintendent and now works with the Drilling Operations Support team.

Mr Solarin has been active within the industry. He was on the board of the SPE Section 61 Lagos. He is an SPE mentor and is currently a member of the IADC MPD committee. He has written a number of published and unpublished works, including OTC 19915, “Bit Selection Using Mathematically Modelled Indices Deliver Significant Improvement in Directional Drilling Performance.” 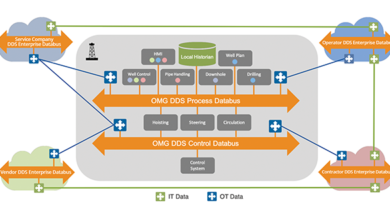 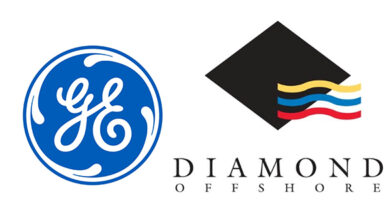 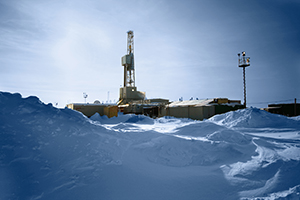 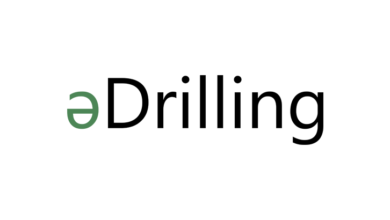