West Hercules is a sixth-generation, high-specification semisubmersible and one of the largest drilling units in Seadrill’s fleet. It has a high load carrying capacity, an efficient drilling floor layout with improved safety and working environment measures. West Hercules can run parallel drilling operations and is designed with a dynamic positioning system and a water depth capacity up to 3,000 m.

The West Polaris, which was delivered from Samsung Heavy Industries in South Korea mid-July this year, arrived offshore Brazil at the end of September and has been loading relevant equipment and preparing for operations. West Polaris has a four-year contract with ExxonMobil for worldwide exploration activities. 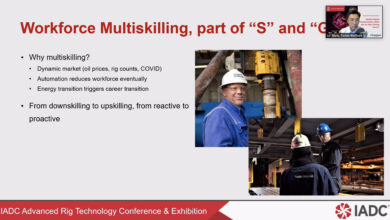 To MPD or not to MPD?