As process automation proves out its value, industry begins looking to the next frontier of autonomous drilling

Today’s drillers are under increased pressure to improve drilling performance. They are tasked with overseeing streams of complex data, generating value from that data, and managing tasks in need of constant attention during ongoing operations. The various skills necessary to perform these tasks mean that the quality of the operation can differ widely across fleets based on the experience of the drillers, equipment and many other variables.

Another major issue is consistency, as it is virtually impossible for humans to repeat the same action consistently for a prolonged period while obtaining the same result. Variance in typical drilling operations often causes misperception of the actual quality of the driller’s abilities and adds further burdens on the operations.

In 2012, with access to the key aspects necessary to automate drilling operations and a unique position as an original equipment manufacturer/oilfield service provider, National Oilwell Varco (NOV) started the journey to address the foregoing issues by examining the concept of process automation. Specifically, it looked at how process automation has the ability to break down the drilling operation into small tasks, then support the use of technology to automate the repeatable tasks, all while taking control of equipment and making use of real-time drilling instrumentation and the data it streams.

Four years later, a drilling process automation platform, NOVOS, was introduced. It allows drillers to focus less of their time on process-oriented tasks, leaving the repetition and consistency to computers. Drillers can spend more time on critical events, ensuring a safe workplace and securing a stable wellbore.

The system maintains consistent performance by creating a preset configuration to meet the drilling objectives with minimum interference from the driller, while the system drives the equipment. Additionally, it was customized with apps that can be designed for the crew and their processes, allowing for further optimization of well creation and adding value to on-bottom drilling performance.

Once the platform was installed on various rigs in different locations, consistent benefits were identified within three categories:

In addition to the core and third-party apps, there are also pre-developed optimization solutions compatible with NOVOS, and other operating systems, that are easily installed onto the existing platform. This provides infinite customization, with the additional off-the-shelf applications that can be tailored to the needs of the rig crew or completely customized designs. The M/D Totco business unit within NOV Wellbore Technologies is developing these types of technologies to meet the industry’s growing digital transformation needs. Examples include:

Around the world, process automation systems have helped to provide significant and consistent reductions in overall weight-to-weight times, which represent the duration between two drilled stands, along with greater procedural compliance and consistency. Yet, the implementation of new technologies is commonly faced with challenges in three main areas: aligning goals and expectations prior to deployment, accounting for human factors, and measuring utilization and performance to foster an iterative and agile approach for improvements.

Prior to deploying technology that will significantly alter established working habits, it is critical to align expectations and goals of key players. This includes the operator, drilling contractor, service companies and original equipment manufacturer. A culture of collaboration between the different stakeholders with clear definition of roles, responsibilities and support mechanisms should be established in advance. From there, a roadmap of milestones should be agreed on to keep stakeholders engaged and to be able to course correct if there are deviations to the agreed objectives. Milestones should include training competency in the classroom and at the rig site. After training, start pushing weight-to-weight goals and then more advanced automated activities, such as friction tests or the utilization of intelligent apps. Lastly, it is important that the investment costs and rewards are shared across stakeholders to further facilitate buy-in.

Human factors should not be underestimated, either. Even if goals are established from the key stakeholders from a management perspective in the office, it is crucial that these align with operational goals at the rig.

Drill crews need to be encouraged during the training phase to learn the new technology. During this learning phase, performance metrics, such as connection times, will most likely trend lower. However, management should account for this when planning out milestones and have patience that this metric will improve, often significantly, in due time.

In some cases, the most impactful onsite training has been conducted by former drillers. This approach can help to boost driller utilization of the technology, compared with conducting training through automation engineers, who have minimum downhole drilling exposure. Further, drill crews pride themselves on their competitive performance amongst peers. It has proven to be impactful to share with the drill crew how the new technology will make their rig the highest-performing rig in their company’s fleet.

After early milestones, such as training competencies, are met, new metrics should be established, such as utilization and performance. Pushing performance gains relies on having a clear understanding of the data and targeting areas of improvement. Advanced data analytics should be able to provide far greater insights than just overall connection times.

Additionally, weight-to-weight times can now be broken down to granular detail, including the subphases of each incremental activity. For example, slips-to-bottom time can be broken down into sub-activities, such as fill pipe, gel breaking, survey, tagging bottom, and the corresponding configurations for each of those activities. This way, optimization engineers can start tweaking specific configurations to achieve targeted efficiencies where they deem fit.

App utilization and performance should be easy to establish without laborious efforts to dig through raw data. Field feedback and access to this data helps development teams continuously evaluate existing features and drive continuous improvement through an agile development philosophy.

The most successful deployments of new technology come from the perspicacity of key stakeholders. Having a plan to address the aforementioned challenges is critical.

In many instances, the use of the process automation platform achieved immediate improvements in the field. This was verified by the measurement of the weight-to-weight connection time. The clock on this time starts when the drill string is picked off bottom and lasts until the string is on bottom again. This weight-to-weight connection time is typically used to measure the performance of an automated drilling process.

Yet another case study comes from a tender rig in a shelf asset contracted by Chevron. Although the average weight-to-weight time on this rig was considered world-class, operational inconsistencies across drillers were still observed. Implementing the drilling automation system improved operational consistency across all the drillers and reduced the average weight-to-weight time by more than 10%.

One of the critical success factors was the strong collaboration among the operator, rig contractors and automation provider to empower drillers, who are closest to the operation, allowing them to optimize the drilling automation system parameters for well conditions experienced during operations.

The Next Step: Autonomous Drilling

The NOVOS 4 series will enable third-party applications to dynamically schedule activities, such as an automated reaming sequence or a friction test, based on their downhole models. In addition, these models can now set hoisting and lowering limitations during tripping operations to ensure staying within defined pore pressure and fracture gradient envelopes.

Additionally, applications can monitor and automatically mitigate downhole events, such as pack-offs and mud motor stalls, which can lead to costly nonproductive time.

The development of the process automation system will further decrease the gap between a good driller and a great driller, shift the focus to the overall process, and let the system execute repetitive sequences. By structuring data and defining activities through process automation, operators and contractors can develop and deploy best practices across regions and rig fleets regardless of a rig’s specifications and location. DC 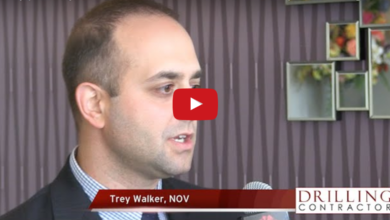 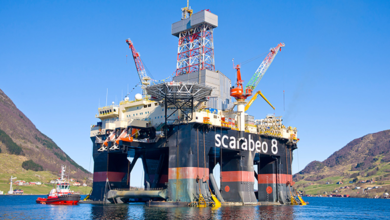