A  new “periodic” steering technology is demonstrating the ability to achieve continuous rotation and 3D directional control using a mud motor and a measurement while drilling (MWD) assembly. Recent applications of targeted bit speed (TBS) technology in Russia have drilled complex S-shaped wellbore geometries while increasing rotating time and rate of penetration (ROP). Short laterals in Peru have been extended by thousands of feet while steering within the pay zone. In the US Bakken Shale, the technology has achieved 93% rotation in lateral sections compared with 70% in conventionally drilled offsets. Reduced sliding time on one well saved seven days of rig time.

At last count, more than 100 TBS jobs have been completed in Canada, Colombia, Mexico, Peru, Poland, Russia and the US in a variety of borehole geometries like vertical control, laterals/multilaterals, J-shaped and S-shaped wells.

The TBS technology achieves directional control by modulating the flow of mud through the motor in relation to the toolface. A standard MWD system is used to control the angular position of the motor housing such that bit speed varies as a function of the toolface.

This periodic flow results in cutting a disproportionately greater volume of rock from a specific arc segment of the borehole. The hole trajectory follows the direction of the higher bit speed: Increasing RPM and ROP moves the well path toward the target, and lowering them moves the path away from the target.

Curve building is more pronounced in smaller hole sizes. A 4.75-in. system in a 6-in. hole can build approximately 3°/100 ft; an 8-in. system in a 12.25-in. hole may provide only 1°/100 ft. If sufficient doglegs are not generated in TBS mode, the motor can be oriented conventionally and slide to achieve higher build rates.

New TBS technology being tested is aimed at build rates from 3° to 5°. Higher build rates, resulting from greater toolface stability and control, are pushing TBS capabilities into the realm of rotary steerable systems (RSS).

Drilling in the middle

The TBS system provides an option for steering the bit that blurs traditional technology boundaries. Conventionally, there are two steering methods – mud motors and RSS.

These mud motor systems typically yield a hole with a high degree of tortuosity and ledging compared with the relatively higher-quality, smoother borehole achieved with RSS. Motors, however, also have lower lost-in-hole costs and service pricing.

TBS technology overlaps the capabilities of both mud motor and RSS systems. Like the RSS, it allows continuous rotation while drilling, with full 3D direction control. Current technology builds low curves while rotating in the TBS mode and low-to-high curves while sliding.

In the TBS mode, the increased efficiency due to low rotating friction makes the system capable of ERD. Because it rotates, TBS also achieves a higher quality and smoother borehole. The simpler system has a lost-in-hole cost and service pricing that is midrange between motors and RSS.

One recent application was in a well in Peru. In a field where short, 600-ft laterals were the norm, the system drilled a 3,000-ft horizontal section and set a record for the longest 8 ½-in. hole. Sliding time was just 3% of total drilling time, helping to avoid area wellbore stability issues that commonly result in sticking problems.

The program began with TBS tests on two wells. The drilling results were compared with a baseline well drilled with essentially the same equipment, mud properties and drilling parameters to allow evaluation between wells and intervals.

Wells in the Buzuluk area of southeast Russia commonly use S-shaped designs to reach reservoir targets. The complex geometry is typically the most challenging to drill with the TBS system because the same tools are used to drill the curve, hold the tangent and drop the angle.

The Buzuluk area has more than 1,000 wells, and the geology in the area is well known. To reduce the number of surface locations and minimize the operational footprint, wells are drilled from pads and may have horizontal displacements greater than 3,300 ft (1,000 meters). Drilling is complicated by lost circulation that may occur in several formations.

The operator needed a cost-effective alternative that would reduce the sliding time needed to drill the well and increase the overall ROP. Trials of the TBS system were conducted in the Shirokodolskoye field, where sliding frequently accounted for 25% to 30% of total drilling time.

All the wells targeted the same reservoirs and used the same water-based mud with near identical properties and weights.

All key metrics, including the footage, time and ROP data, showed significant well-to-well improvement. Total footage drilled increased from 7,979 ft (2,432 meters) in the baseline well to 8,248 ft (2,514 meters) in Well 2, while rotating footage and sliding footage decreased. The ratio of rotating time to sliding time improved by more than 25% and average ROP increased from 26 ft/hr (7.97 meters/hr) in the baseline well to 35.66 ft/hr (10.87 meters/hr) in Well 2 for an increase of more than 35%.

Improvements in key metrics also occurred on an interval-to-interval basis. While maximum inclination increased, average ROP and percent rotating versus percent sliding improved with each interval drilled, increasing from 87.5/12.5% in the baseline well to 99.1/0.9% in Well 2. This occurred despite hard formations in two intervals that slowed ROP significantly.  Penetration rates in each well steadily improved with 34 ft/hr (10.42 meter/hr) in Well 1 and 35.66 ft/hr (10.87 meter/hr) in Well 2 versus the baseline well rate of 26.14 ft/hr (7.97 meter/hr).

Offset wells drilled with conventional mud-motor steerable assemblies typically exhibited sliding times averaging 25% to 30% of the total for the lateral; ROP while sliding was 25% to 50% of rotating ROP.

The TBS system consistently achieved more than 93% rotation in the lateral section of both wells. This represents a significant improvement from offset wells, which were limited to approximately 70% rotation. On the first well, sliding time was reduced from 30% to 8%, saving seven days of rig time.

Run two demonstrated the ability of the system to seamlessly change to a conventional slide-rotate sequence without having to trip for a tool change. Although the system could not be activated for this run, the ability to drill conventionally provided engineers with the option to continue. ROP in the first well was higher than the second well, where lack of the TBS system resulted in more sliding time to correct the well path.

In addition, the second well was terminated short of the target TD because high frictional forces in the lateral leg could not be overcome. In Well 1, TD was reached with a smoother wellbore that resulted in a trouble-free casing run. 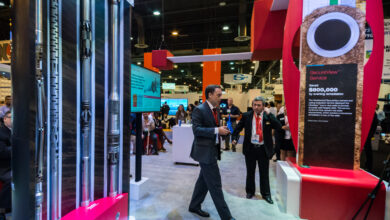 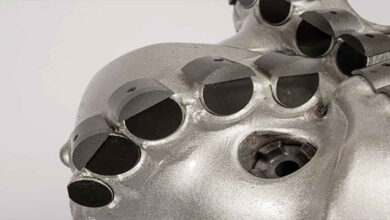