Sonoro Energy has announced that, along with its Indonesian partner PT Menara Global Energi, the company has been awarded the Selat Panjang PSC in the 2019 Conventional Bid Round in Indonesia as formally announced by SKKMIGAS and the Ministry of Energy in Indonesia. Sonoro has a 25% interest in the project with an option for up to an additional 24%.

The 923-sq km Selat Panjang PSC area is situated in Riau province, Central Sumatra and is approximately 925 km from Jakarta and 110 km from Pekanbaru. The block has produced oil and gas in prior years. In 2014, the Indonesian Ministry of Energy approved a plan of development for further production; however, in 2018, the block PSC was terminated by the Indonesian Ministry of Energy and as a result the plan of development was not implemented.

The consortium was advised in Jakarta, Indonesia at a formal meeting called by the Ministry of Energy and Mineral Resources to announce the winners of the 2019 Conventional Bid Round. Sonoro and its partner will complete the final proceedings for execution of the PSC with MIGAS.

“Sonoro is extremely pleased with the award of the Selat Panjang block in Sumatra Indonesia. Our team has worked hard towards the successful award of this production block and we look forward to developing the block with our project partner,” Bill Marpe, Resident Director of Sonoro in Jakarta, said. “The block and area has demonstrated solid production in the past and we are encouraged by the upside potential we can add to hydrocarbon production in Indonesia in the future.” 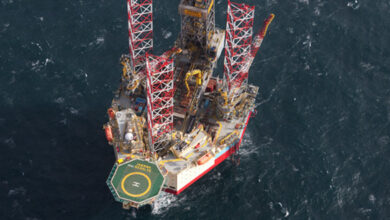