Sola Falodun, General Manager, Drilling and Completion Systems for Nigeria-based OES Energy Services, was presented with an IADC Exemplary Service Award at IADC World Drilling 2017 on 28 June in Amsterdam. Mr Falodun was recognized for his service as Chairman of the IADC Nigeria Chapter, as well other contributions to the organization, including serving on the Program Committee for IADC Drilling Africa. “The spirit of camaraderie and friendship that characterizes our association has been immeasurably enhanced by your presence and generosity of giving up your time and talents to our organization,” Jason McFarland, IADC President, said in presenting the award.

“Without hydrocarbons, the world would be a dark place,” Mr Falodun told the conference attendees. “Keep on drilling.” 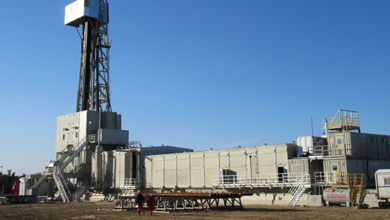