US Secretary of the Interior Ken Salazar has charged the Marine Well Containment Company (MWCC) with conducting a live drill this summer to deploy critical pieces of state-of-the-art well control equipment in the Gulf of Mexico. The exercise would demonstrate the ability of MWCC to mobilize a capping stack in a timely fashion from its onshore base to the deepwater seabed of the Gulf.

The demonstration will involve the field deployment and testing of a capping stack as part of a larger scenario that will also test an operator’s ability to obtain and schedule the deployment of the supporting systems necessary for successful containment – including debris removal equipment and oil collection devices, such as top hats. The capping stack will be lowered to the seabed by wire, a technique that offers the potential to be significantly faster than the deployment via pipe that occurred during the Macondo response.

The exercise will be overseen by the Bureau of Safety and Environmental Enforcement (BSEE), which tests capping stacks on the surface as part of its overall responsibility to enforce the tougher offshore safety requirements implemented over the past couple of years. As part of the exercise, BSEE will also analyze the results from tests conducted on the sea floor.

“BSEE has made great strides in developing an effective and strong regulatory framework to support the offshore oil and gas program,” BSEE director James Watson said. “We have tested MWCC and capping stacks repeatedly, but putting them through their paces in the deep waters of the Gulf will give us added confidence that they will be ready to go if needed.”

MWCC is one of two consortia that provide contract access to well containment equipment to oil and gas operators in the Gulf of Mexico. This equipment is required by BSEE for drilling with subsea blowout preventers in deepwater, among other situations. The other consortium, the Helix Well Containment Group, will complete a similar deployment exercise in the future. 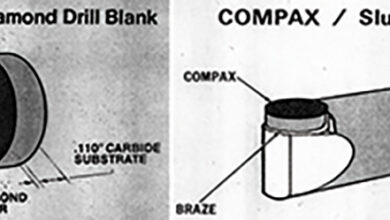