Proserv has secured a contract worth over $5.5 million (45 million Norwegian Kroner) with Repsol to upgrade and build new subsea production control equipment for the Yme field redevelopment in the Norwegian North Sea.

The award scope initially covers the refurbishment and upgrade of the existing subsea control system. Using Proserv’s technology and expertise, the life of the existing equipment will be extended significantly beyond its original design life, with no compromise on functionality.

The entire subsea control system will be upgraded to provide functionality, including high-speed data management and transmission capability with sufficient capacity for future field expansion or increased data capture.

“This is a significant award win for the team that clearly demonstrates the strength of our relationship with Repsol and our ability to deliver robust technology solutions and services on time and to the very highest standards,” Henrik Johnson, Region President for Scandinavia at Proserv, said. “We are starting to see strong uptake for our augmented control technologies approach which helps clients optimize their subsea production in a more cost-effective way. Working in close cooperation with our clients enables us to use the most appropriate technology together with our dedicated engineering and service teams to optimize the performance of a producing asset over its entire life.

“We don’t see such an award as a one-off discrete project but rather the start of a life of field relationship where our role is to provide the best technical and service support whilst maximizing our clients’ returns over the entire asset life. Just as our engagement doesn’t end, we also maintain a continual focus on developing new technology that embraces our core philosophy of ‘ingenious simplicity’.”

As part of the workscope, Proserv will engineer, manufacture and supply all associated topside and subsea equipment. The refurbishment and servicing of the subsea control modules and the manufacturing of the subsea electronics modules and master control station will be delivered by the company’s subsea controls experts in Trondheim and Stavanger, Norway. Each control module will include Proserv’s award-winning Artemis 2G (A2G) subsea electronics modules which are designed to be compatible with existing infrastructure to avoid costly system replacements and protect against obsolescence.

Tore Erntsen, Vice President for subsea controls at Proserv, said, “In these austere times, it is fundamental to change the way we act and respond to a challenge. Just as there’s never been a greater need for collaboration, we must think smarter about technology and how we can use what already exists in different ways together. The revitalization of the Yme field, with Repsol bringing forward a revised plan for development and operation, is a prime example of how Proserv’s approach can add value by improving existing equipment reliability and maximizing field life.”

The recoverable oil reserves for the field are estimated at approximately 65 million bbl at 10 year’s total production with first oil planned for the first half of 2020.

This latest award builds on the success of the subsea controls brownfield upgrade project completed by Proserv for Statoil’s Visund Field.

The project will be delivered over a two-year period in line with key project milestones. 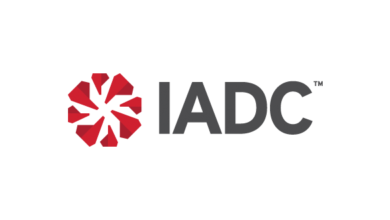 Miller: What it will take to get it right in the shale plays 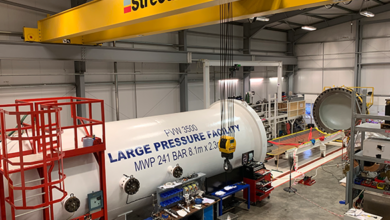