The Derricks & Diamonds Charity Softball Tournament is a young charitable event, having been formed in 2004 by National Oilwell Varco (NOV) and holding its first softball tournament in 2005 raising about $13,000 for Texas Children’s Hospital’s (TCH) Charity Care Program.

Impressed with the idea and success, Schlumberger, who participated in the original event, organized a softball tournament in late 2005 raising $44,000 for Texas Children’s Cancer Center.

After the 2005 event, Sean McCoy, Schlumberger’s tournament chairman, approached Jerry Gauche, NOV Senior Vice President of Sales and Marketing, with the idea of joining forces and having both companies support a single event. The two companies combined their efforts in 2006. Since then, the number of participating companies, teams, extra events and money raised has continued to grow.

In 2009, the tournament donors and sponsors helped increase the total money raised to approximately $190,000. That figure already has been topped for the 2010 event, according to Katya Popova-Sicilian, eMarketing Coordinator, Distribution Services for NOV, and NOV’s 2010 Tournament Director for the Derricks & Diamonds Charity Softball Tournament.

“We are very excited to see that we are growing very fast,” she said. “In addition to NOV and Schlumberger, we also have 63 other companies who have donated and we expect several more companies to donate.”

IADC is a Derricks & Diamonds Sponsor for 2010.

The donations are equally divided between the TCH Charity Care Center, NOV’s original beneficiary, and Texas Children’s Cancer Center, which was Schlumberger’s original beneficiary. The unique event structure set up by NOV and Schlumberger has them underwriting all the tournament costs. That means the net donation from participating companies is 100% and thus every dollar donated is utilized by Texas Children’s Hospital.

The Check Presentation Dinner/Gala will be held in June at the Magnolia Hotel in Houston.  In addition to Texas Children’s Hospital, Snowdrop Foundation will be receiving money as the beneficiary of the raffle, and silent and live auctions taking place at the Gala. Snowdrop Foundation raises money for pediatric cancer research and provides academic college scholarships for current and former pediatric cancer patients. They recently made headlines when their President, 93Q Morning Show DJ Kevin Kline, ran 470 miles in 13 days across Texas in December of 2009 on behalf of the foundation and Texas Children’s Cancer Center.

The 50-team, two-day round robin tournament will be held Saturday May 1st and Sunday May 2nd at Big League Dreams Sports Park in League City, TX. Half the teams will be from NOV and Schlumberger, with the other half made up of teams from donating companies and six very special “Spirit Teams.”  The Spirit Teams, Team Chelsey, Team Batman, Team Snowdrop, One Lung Short, Team Turtle and Team TCH, and are comprised of the families of current or past TCH patients and have captured the hearts of all those that attend.

Not only do they get to play for “free” but they get to do so at the finest sports park in the country.  Six MLB replica fields, Yankee Stadium, Fenway Park, Wrigley Field, Sportsmans Park, Ebbets Field and Crosley Field mimic the big league experience for all those that play.

In addition to the tournament, previous events also have included appearances by the 501st Legion, face painting, field and race events, home run derbies, hitting contests, free batting cages and sand volleyball. Also this year, a vintage baseball game will be played the way it was in the 1860’s, with players wearing vintage outfits and using the same type of equipment.

It’s a very worthwhile event, and there is no cost to enter the ball park facilities.  It is an extraordinary value for employee families of companies who would like to consider joining the Derricks & Diamonds Charity Softball Tournament cause. 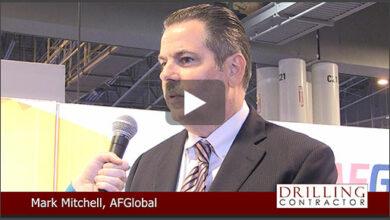 Integration is critical to enable further adoption of MPD 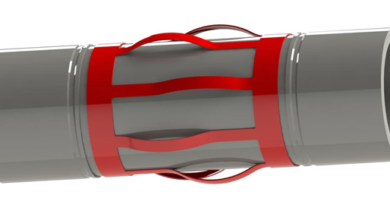