Stale Vikra, project manager drilling and well technology, Statoil, asked the basic question, is drilling around the world … UK, Denmark, Nigeria … that different that there is scope for different sets of regulations?

And what was the cost of failure and how could such failure be avoided?

Highlighting the recent East Timor incident, he said the cost of the Montara failure was enormous. Totting up the bill he said this included: $200 million for the cost of the rig, operational costs of $270 million, production delay for a year –$1 billion-plus, oil spillage 28,000 bbl, plus the cost to corporate reputation.

Addressing the causes of the Timor incident, Mr Vikra indicated that there appeared to be an initial kick, however, it seemed those aboard the rig deemed the situation as being okay.

“But then a second kick came and all hell broke loose,” he said, adding that it was claimed by the rig operator that accepted drilling practices were applied.

“But which ones?” he asked. “Were they applying the wrong standards?”

Taking the baseline cost of the incident as being $470 million, Mr Vikra said it was possible to train 135,000 well control personnel for one year based on a day training rate of $700 per person/five-day course cost of $3,500.

Turning to standards he asked: “What do we have in terms of baseline standards? Nothing generic!”

Reeling off a list of organizations, Mr Vikra said the MMS, UK HSE, NPD and the rest of the world operated a cocktail of differing standards. This contrasted with shipping where the IMO sets the baselines and IATA for airlines (more or less).

“In the North Sea basin there is NSOAF. Is this the way forward to achieve something common … a minimum baseline?”

Turning back the clock to the North Sea offshore construction boom and its impact in Norway, Mr Vikra pointed out that anarchy ruled until, eventually, the Achilles system was established in 1990 and brought order to the contracts bidding process.

“Should we try to anchor this as well when it comes to our industry? Problem is that we have goals, but we do not have direction. This is the basic problem,” he said.

David Price, CEO, International Well Control Forum, challenged by asking whether there was too much guidance? With 30 years under his belt he felt qualified to have a perspective on well control guidelines.

But he pointed out that, even basics were interpreted in different ways, such as the meaning of a drilling break. One got different answers depending on which company was approached.

Assuming a drilling break, was the convention to flow-check all drilling breaks? And what shut-in method should be used, after all there were three methods.

“Which do we train our people to use?”

But then Mr Price pointed out that there were four approaches, just to a hard shut-in, for example. So this potentially added to the confusion when it came to training.

“The point of all of this is that every operator and every drilling contractor has a different approach to well control manuals? Yet we can’t even agree on the definition of a drilling break!” He said. “In our industry, rigs move around, people move around. Every time a rig changes operator, there are different procedures.”

Mr Price challenged by warning that, given that there is well control training and well control examinations, there was surely no need to worry, but that was wrong. Everyone is not trained to the same standards.

“Most well control training and testing cannot take into account the variations found out there in the field.

On well control examinations, Mr Price added that current simulator testing does not really test the decision making ability of those in charge; also that there should be a uniform standard of examination and assessment.

Steve Doublin, drilling completions & subsea manager – Chevron Upstream Europe, mapped out Chevron’s approach to well control, he said, in that regard, the group had restated policies in 2009, and that they apply anywhere that a Chevron rig is working and takes into account staff and contractors.

Mr Doublin said Chevron has had a well control training capability since 1971; that there have been several evolutions of its approach and that, currently, the company delivers based on an IADC WellCAP curriculum.

Restating policies in 2009 provided an opportunity to emphasize “preferences,” such as those which are policy for drilling operations. For example, the preferred well kill approach is the driller’s method.

Having defined is policies, Mr Doublin pointed out that relevant management still has discretion to deviate from policy but this will have been thought out in advance.

The company considers it impossible to have highly detailed blanket policies as there are so many different local conditions around the globe.

Ove Egil Kleivenes, senior engineer, Subsea & System Integrity, DNV Energy, agreed that there is scope for a common basic standard but that, in the early years of North Sea oil & gas, Norway had made use of API frameworks but that this was replaced over time with a better Norwegian approach.

Defending the Norwegian approach he said: “We have less leakage and accidents around the Norwegian Continental Shelf than other countries.”

He closed with the warning that uniform well control guidelines were just one of a number of issues.

Mr Kleivenes asked ”Why haven’t the governments in the UK, US, Denmark, Netherlands, etc, the same requirements to avoid leakages and accident as has the Norwegian government? “Why is it that an operator that follows the Norsok/ISO standards on the Norwegian Continental Shelf does not follow the same standards when they perform the same work in other countries?” 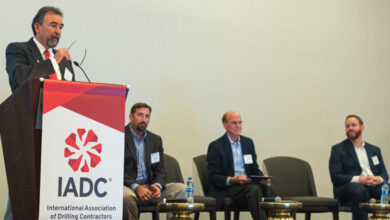 MPD is a good well control tool, but questions remain