Although Izwan Megat had always liked working with his hands and even earned his bachelor’s degree in mechanical engineering from the University of Tulsa in 1999, it wasn’t until he landed his first job that he learned what mechanical engineering was truly about. “I went to the drafting room at this small manufacturing company in Pryor, Okla., and started making all these sketch drawings of bandsaws, which is what this company produced. But once I was done, the president of company told me to take those drawings and go build them,” Mr Megat recalled.

It was a moment of realization for a young engineer, recognizing in that moment the importance and value of engaging with the guys in the shop – the frontline employees who actually make something out of engineers’ drawings. “It was a very valuable experience for me,” Mr Megat said.

It’s also a lesson that he takes to heart now as Head of Operations for UMW Oil & Gas, a role in which he oversees seven jackups, five workover units and five manufacturing plants. In particular, he’s found that engaging with the people out at the rig site is especially critical when it comes to safety because “safety is managing people,” he said. “Sometimes safety campaigns don’t work and people get frustrated, but you have to understand how people think. Safety campaigns and posters might look good hanging on a wall, but is the message getting to where it should get to?”

Mr Megat was born in Malaysia and raised just north of Kuala Lumpur, but did not have any contact with the oil industry while growing up. It wasn’t until about a year after his graduation in Oklahoma that he saw a recruiting ad from Schlumberger that seemed to offer the promise of an adventurous career. Wanting to see more of the world, he joined the oil industry, despite not knowing anything about petroleum engineering or drilling at the time.

Fortunately, within a few years, he had amassed substantial technical experience with everything from MWD/LWD to drilling optimization, from real-time service centers to asset management. He also got to see the world he wanted to see, with assignments taking him to places like the Gulf of Mexico, Venezuela, Europe, Africa, Alaska and the continental US. The first rig he ever stepped on was the Noble Joe Alford. “It was cold and noisy, but I didn’t think much of it because I was just excited to be on a rig… When I wasn’t working, I spent a lot of time just sitting there and watching what people were doing. I soaked up the knowledge and the culture. It was very fascinating.”

In 2008, Mr Megat decided to move back to Malaysia, then joined Transocean a year later as a Rig Manager. “I just really wanted to learn about running a rig,” he recalled of his move into the contract drilling side of the business. “When you work on a rig for Schlumberger, you specialize in a specific area of the operations. I wanted to learn more about a rig’s operation and broaden my scope of knowledge.”

It was while at Transocean that Mr Megat was again reminded of how important it is to engage with the rig crews. “When you work for a drilling company, you’re not just focused on your own piece of equipment like you might be if you’re working for a service company. As Rig Manager, you’re dealing with over 100 people offshore, and it is vital that you engage with all of them.”

In 2015, Mr Megat joined UMW as General Manager and was soon promoted to Head of the Drilling Division. In September 2017, he moved into his current role as Head of Operations. “A big part of my job now is trying to figure out how we are going to evolve as a company. Of course, we are still going to focus on upstream oil and gas, but there needs to be a bit of evolution on certain things, and there may need to be a bit of a revolution on some other things.”

In particular, he said, the dayrate model as it’s being executed now is going to be challenging for drilling contractors, and any change for the positive can only happen if contractors and operators work together.

“We can’t work independently anymore,” he said, citing one of the primary reasons he became involved with the IADC Southeast Asia Chapter. Last year Mr Megat served as 2nd Vice Chairman and this year as 1st Vice Chairman. “It can’t be just UMW trying to push something or another contractor pushing something else. It will be a lot easier if we all come together and work toward a solution that is for everyone’s benefit. As drilling contractors, we need to develop a set of compelling reasons for change so we can get our customers onboard with us. The current way of working is simply not creating enough value for our customers.”

Talent development is another big area of concern for Mr Megat, and he urged the industry to look into attracting not just a new generation of employees but the top talent from that new generation. “We need to look at how we structure ourselves so we can recognize, attract and retain these talented young people,” Mr Megat said. DC

Linda Hsieh is a graduate of the journalism program at the University of Texas at Austin, where she also completed the Business Foundations program at the U.T. McCombs School of Business and minored in Asian Studies. She has been writing for Drilling Contractor since 2005.
Mar 12, 2018
0 1,510 4 minutes read
Facebook Twitter LinkedIn Share via Email Print 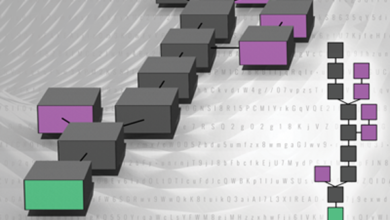 Blockchain 101: Seven fundamental things to know in the drilling industry 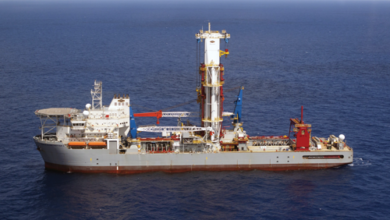 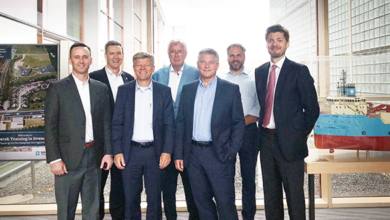 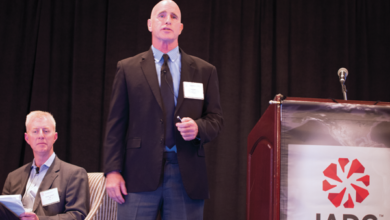