Saudi Aramco and the National Shipping Company of Saudi Arabia (Bahri) have amended an expired memorandum of understanding (MOU) on developing a maritime complex that would provide engineering, manufacturing and repair services for offshore rigs, commercial vessels and offshore service vessels in Saudi Arabia.

The proposal is a major step in the development of Saudi Arabia’s maritime sector and part of a wider undertaking aimed at developing an energy goods and services sector, while contributing to the kingdom’s economic growth and job creation. The MOU, which was signed on 25 January, covers joint participation by Lamprell Energy and Hyundai Heavy Industries in collaboration with Saudi Aramco and Bahri to conduct due diligence on all activities and work streams required to make a final investment decision by participating parties.

Through the development of the maritime complex, Saudi Aramco and the participating parties will leverage their know-how and current and future business needs to actively pursue such an investment and promote economic development and job creation in Saudi Arabia, as well as to ensure availability of world-class services to support the growing national and international portfolio.

Sonardyne technology to be used on intervention vessel

Bordelon Marine has selected acoustically aided inertial navigation technology from Sonardyne for its new ultra-light intervention vessel Brandon Bordelon. The dual Ranger 2 Pro DP-INS systems, the highest specification available, will be used to track ROVs during inspection, repair and maintenance  activities and provide an independent position reference for the vessel’s Marine Technologies Class 2 dynamic positioning system. The Brandon Bordelon was delivered at the end of 2015 and is currently under a 60-day contract with Tidewater Subsea.

Forum Subsea Rentals, a subsidiary of Forum Energy Technologies, and Aquatec Group announced the signing of a global agreement for the rental of Aquatec’s LEAKlog leak detection and inspection suite. The LEAKlog leak detection sensors are utilized for routine inspection and surveillance of a variety of subsea installations, as well as for permanent leak monitoring applications. The suite incorporates a data acquisition system and interchangeable sensors.

GE Oil & Gas announced the creation of its new Oil & Gas Digital Solutions business, appointing Matthias Heilmann as head of the organization and Chief Digital Officer.  GE also announced the development of a pilot program with BP and a business partnership with subsurface software company Paradigm.

Peak Well Systems has appointed Neil Poxon as Global Business Development Director. Based in Aberdeen, Mr Poxon is responsible for all sales and business development activities, including marketing with the aim of driving and delivering Peak’s global sales strategy in line with its vision for growth.

Weir, Canyon Services to put high-horsepower frac pump into the field, aims to reduce cost of ownership by 17%

Texas-based Weir Oil & Gas has partnered with Canada-based Canyon Services Group to take Weir’s SPM QEM 3000 frac pump to the field. It is a high-horsepower frac pump designed for continuous-duty pressure-pumping operations at a sustained 275,000-lb rod load, 24 hours per day, seven days per week. The pump is projected to reduce total cost of ownership by 17%. The new technology was validated through extensive in-house testing at Weir’s R&D facility, which resulted in the completion of a 13 million-cycle endurance test.

The field run will operate for at least 4,000 hrs and include deployment of the SPM QEM 3000 to a production site for fracking operations in the Duvernay and Montney formations in the Western Canada Sedimentary Basin. Specifically, the pump was retrofitted onto a hydraulic fracturing power system currently in use at a live, Canyon-operated wellsite by R4 Equipment Renewal. The pump also features a dual-line system to provide the right amount of pressure and flow for each pump component and excellent lube flow in cold starts, as well as onboard filtration to reduce lubricant contamination to optimize pump performance.

Paradigm has released Paradigm Sysdrill 10.5, the latest version of its integrated suite of well planning and drilling engineering applications.

The suite now includes updated modeling, including HDGM for declination calculation and ISCWSA Rev 4 error models. It is also now fully translated into Russian and Chinese.

Newpark Mats and Integrated Services is offering the DEFENDER linerless spill containment system. It provides two levels of protection against spills and leaks with its DX4 Sealing Technology. Featuring redundant seals integrated into the overlapping and interlocking lips of the company’s DURA-BASE mats, the system reduces and, in some cases, eliminates the need for liners.

Up to $1 million in insurance coverage for environmental cleanup is also available to qualifying customers.

The DEFENDER system also features a proprietary cellar protection component, which fully integrates with the DX4 Sealing Technology. This specialized component offers a third layer of protection at the most critical region where spills are most likely to occur, the cellar.

Maersk Training announced the launch of a new offshore crane operator program. It is designed to grant crane operators and their companies access to offshore lifting operations worldwide. The program targets crane operators at all levels and consists of three stages, each followed by strict qualification assessment, including requirements on documented workplace experience in-between. By completing all three stages, the course participant will become a qualified offshore crane operator able to globally conduct any lifting operation unsupervised, as the program is DNV-approved and complies with LOLER, API, BS7121-1 and BS7121-11 standards. By utilizing fully immersive offshore crane simulators alongside real-life onsite training, the program bridges theory with practice to increase safety and operational performance.

Protea delivers its first Man-Riding winch, to be installed on maersk jackup

Protea has delivered its first winch that is certified for man-riding operations, for installation on Maersk Drilling’s Maersk Gallant jackup rig.

“Given its man-riding application, the certification requirements for this winch were extensive. It is fully compliant with DNV-OS-E101, NORSOK standards R-002 and R-003 and is also CE marked and approved for operations in ATEX Zone 1,” Lukasz Tracz, Project Manager, said. 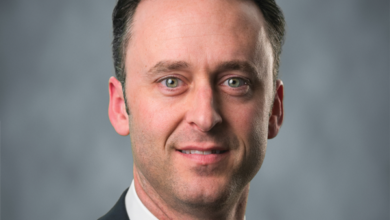 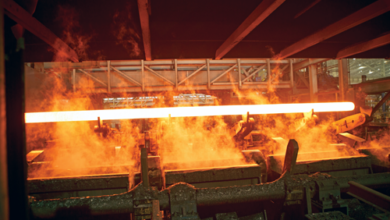