Maersk Training will fully integrate the MPD simulator application of the OneSync platform into its drilling simulators to enable comprehensive MPD and well control planning and scenario-based training. The advanced simulations will enable entire rig crews – including the drilling contractor, operator, service provider and third parties – to receive hands-on rig and well-specific training in a realistic simulated environment. The Maersk Training drilling simulators will be available in multiple locations, including Houston, Rio de Janeiro, Dubai and Aberdeen.

As a part of this agreement, Maersk Training will serve as Weatherford’s preferred provider of well-control training for all MPD personnel worldwide.

Michael Boysen-Nielsen has been appointed head of Business Development at Odfjell  Drilling.

Wood Group Kenny (WGK) will deliver program, project and integrity management and operational support for subsea projects under the five-year contract, which is effective immediately.

WGK continues to perform work under a contract held since March 2007 to provide engineering and project management services to BP’s portfolio of future subsea projects.

Tendeka to supply its Autonomous ICD technology in Malaysia for SKE

More than 10,000 FloSure valves have been installed to date globally.

Vallourec has signed a global contract with Wintershall Holding for a strategic partnership. The three-year contract covers the main countries in which Wintershall operates: Germany, the Netherlands, Libya, Abu Dhabi and Norway.

The agreement concerns the entire range of Vallourec’s most advanced tubular solutions for casing and tubing, as well as related accessories. It also includes a range of services, such as 24/7 on-site running assistance and the implementation of extensive supply chain solutions.

Ziebel has announced that Francis Neill has been appointed to the position of CEO.  In this capacity, Mr Neill is responsible for the strategic direction and operating performance of the company.

With 32 years in the oil and gas industry, Mr Neill has in-depth experience and industry knowledge, particularly in the well intervention and subsea sectors. Before joining Ziebel, he served for five years as CEO of EV. He has also served in a variety of executive management and engineering roles.

R. Bradley Forth has joined Northern Offshore as Senior Vice President and CFO.

Well Control School (WCS) has relocated its Lafayette, La., training center to a new and larger location within the city. The facility provides classroom space, state-of-the-art simulators and computer stations for its System 21 e-Learning programs.

DNV GL has launched the BOP-RDT, a real-time risk-informed BOP retrieval decision support tool to enable operators to determine when to retrieve the BOP for repair after detecting a component failure.

The tool transforms complex information, obtained by numerical computational algorithms, into a graphic visualization user interface. Users are presented with color-coded indicators of the reliability degradation of each BOP safety function due to any detected component or subsystem failure in the BOP.

The DSC is paired with traditional mooring components such as chain, wire, or synthetic rope. It can be used with any type of anchor or subsea foundation, including suction piles, vertically loaded anchors, OMNI-Max anchors, driven piles, drag embedment anchors and plates in any water depth.

Timken has expanded its Sheave Pac bearings line to include 8-in. and 14-in sizes. The assembly easily interchanges with current industry standard bearing assemblies and seals. The bearing assemblies are designed to run an entire operating cycle between rebuild without the need for relubrication of the crown or traveling blocks, or additional maintenance. The sealed-for-life sheave bearing assembly increases safety and reduces expensive downtime previously required to re-grease these positions.

Offering advanced controls and after-treatment capabilities as standard features, the VGF units give operators greater flexibility for on-site power, air/gas compression and drilling applications for oil and gas production compared with other engines available in the 300-600-hp high-speed range.

Weatherford recently announced the development of the HeatWave Extreme service for commercial use by Chevron Thailand. The service includes an enhanced LWD tool string capable of withstanding temperatures of up to 410˚F (210˚C). The high temperature rating enables drillers to log to TD in conditions that exceed the current barriers of 347˚F (175˚C) and avoids the need to pull out of the hole, drill blindly or land the well above the planned TD.

The first phase of component development and field testing for the new tool began in May 2014 as a project between Weatherford and Chevron Thailand for offshore gas wells in the Gulf of Thailand. To date, the technology has saved approximately $4 million in rig time and expenses related to temperature mitigation over the course of the 22-well program.

To lessen the risk of asphaltene deposition and enhance flow, the FATHOM XT inhibitor can be applied at low treatment levels during initial production and throughout the life of the well. The low dosage rate simplifies supply logistics, reduces onsite storage and lowers handling risk.

LOC has introduced Unmanned Aerial Vehicle (UAV or drone) surveys and inspections. The service will provide highly experienced operators to conduct safe, cost-effective UAV surveys. LOC provides high-definition video and still imaging with live streaming capabilities. “This new offering has been planned for a long time, and we are now able to offer a fully risk-assessed and planned service to enhance our inspections and surveys to all our clients,” said Stuart Duffield, LOC Vice  President for Marine Assurance. 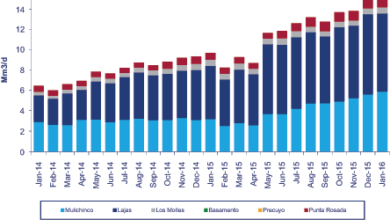 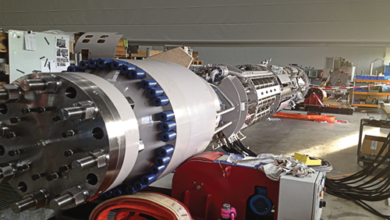 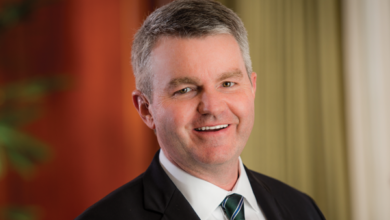 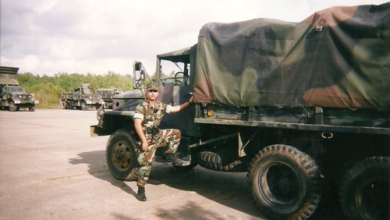