On 16 April 2010, former Rowan Companies CEO Bob Palmer and his wife, Rebecca Palmer, welcomed the “culmination of the thoughts and dreams” of university leaders in the christening of Caruth Hall on the Southern Methodist University (SMU) campus in Dallas.

Caruth Hall, originally built in 1948, is the newest restoration project in the Bobby B Lyle School of Engineering. Mr Palmer said at the dedication ceremony: “It is not the bricks and mortar that are the keys to success, but they provide a gathering place for students and faculty working to achieve sufficient knowledge to ply our trade.”

Roughly 50% of the 64,000-sq-ft facility has been designated the Palmer Engineering Leadership Complex in recognition of Mr and Mrs Palmer’s contributions to the school. Having graduated twice from the engineering school, once in 1957 and again in 1966, Mr Palmer represents one of the many thousands of students who have passed through the halls of Caruth with “high hopes of achieving success.” The complex houses a “center focused on leadership and global competitiveness,” student advising, an innovation gym for creative design and a modern conference center.

In his speech, Mr Palmer defined a leader as “a person who has commanding authority or influence.” He referenced an experience in Nome, Alaska, where he witnessed the uncanny ability of the Iditarod sled dogs to choose their leaders and uphold such discipline and enthusiasm. A pack of dogs, like any crew, sorts out the strongest person to lead its team.

Mr Palmer also emphasized the personal attributes of his favorite leaders: a desire to be a leader; a clear vision of mission; a focus on personnel; the belief that “all men are not created equal” when measured on job performance; the ability to win and survive; and the ability to determine value over price – a concept he described as “a feel for the deal.”

“Engineers become successful leaders by developing non-technical skills, and that concept is to be a mission and vision for the Engineering Leadership Complex,” he said.

The Center for Engineering Leadership will focus on professional and leadership skills needed by engineers to “excel in today’s global market.”

KCA Deutag awarded contracts worth up to $800 million with Statoil 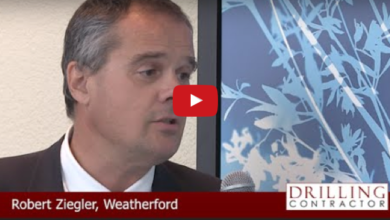