Like motherhood and apple pie, drilling optimization is one of those things that everybody loves and no one can get enough of.  Across the board, operators, drilling contractors and service companies are constantly striving to improve drilling performance and reap the benefits it can bring in terms of efficiency, cost savings and safety.

But while the push toward this ever-challenging objective may be universal, paths for getting there aren’t always the same. And in an industry where new methods are continually emerging, at least some operators believe that drilling optimization is a holistic process – that it’s not just about tools and technology. Data analysis is also a crucial piece of the puzzle.

“Drilling optimization should be a process to improve drilling performance with a balance of new technologies, training and data analysis,” said Dr David Chen, senior drilling engineering advisor of Exploration and Production Technology for Hess Corp, which recently launched SmartDrill, a drilling optimization program, in North Dakota. “It means being more efficient, not only with drilling but also completions. When we drill more efficiently, we also create a better wellbore, and that better wellbore will improve casing and completions runs. Also, if everyone is focused on drilling optimization, improved safety will follow because people are more aware of what is going on.”

Technology advances, such as pressure-while-drilling (PWD) to measure downhole pressure, are an essential part of drilling optimization, Dr Chen believes. “Before PWD tools came into the market 15 years ago, we had no way of knowing the downhole pressure. That technology opened up a lot of applications,” he said.

Another key development was the vibration sensor. “One of the major causes of nonproductive time (NPT) is bit, downhole tool and measurement while drilling (MWD) tool failures,” he said. “And a primary cause of those failures is downhole vibrations, which often cannot be detected on the surface.”

But technology has its limitations. For example, bits and downhole reamers often do not sync well. “This can cause problems, particularly in the Gulf of Mexico, where a downhole reamer is needed for most of the drilling,” Dr Chen said. “There is a technology gap to keep the bits and the downhole reamers drilling at the same rate to last through the section.”

Another limitation involves polycrystalline diamond compact (PDC) bit technology, which, although greatly improved over the past 10 years, cannot be used in some hard formations, such as those encountered off the west coast of Africa. The cost and reliability of rotary steerable systems (RSS), still mostly used in offshore drilling, also pose barriers. “If the cost of RSS decreases and reliability improves, we would use it in more operations,” he explained.

The rate at which new tools and technology enhancements are coming into the market presents a dilemma in determining which new technology is right for each well that is drilled, from the bit to the bottomhole assembly (BHA) to the drilling parameters, Dr Chen suggests.

“It’s hard to know which new tools are really going to work. For example, a new downhole tool that can reduce vibration may not be applicable in certain formations. The application is not universal,” he said. “The same is true with optimization software.” Another issue is that unless a tool is already being used and has a track record of proven results, operators are reluctant to embrace it. “This is why data analysis is so important. Whenever we use a new tool, we need a benchmark to test against. Otherwise, we don’t know if it is working.

“My view is that new tools are essential, but data analysis is equally important,” Dr Chen continued. “Without data analysis, we don’t know if the systems are working or, more importantly, if they are not working.” Training is also critical in this regard. “We need to ensure that we train people so they understand the tools and can easily analyze the data properly,” he said.

Drilling optimization programs have made a difference for companies in minimizing cost, improving safety and achieving greater efficiency, Dr Chen noted. Earlier this year, the SmartDrill optimization program, which uses the mechanical specific energy process, was deployed in a pilot program in the Bakken Shale play in North Dakota. The target for the next five years is to lower drilling costs by 10% and increase the drill rate per day by 40%.

“Just reducing the costs will result in a savings of hundreds of millions of dollars per year,” he said. “We’ve seen great results so far with better production and faster, more efficient operation. We believe there is the potential to implement this technology in all regions of Hess, offshore and onshore, over the next few years.”

While acknowledging that drilling has become more complex and considerably more challenging in recent years, Mr Mensa-Wilmot contends that is not the problem. “Yes, we are drilling deeper, into hotter and harsher environments, but the rocks have not changed,” he said.

“There is evidence that in most cases, drill-ability characteristics of rocks encountered at shallower depths on older projects are comparable to those encountered at deeper depths on new projects. Consequently, the noted differences in performance drilling cannot be solely attributed to the rock. Most people in the industry believe the only way to confront a challenge is with a new tool or technology. As is obvious, we have more technology today than we did 10 years ago. However, achieved performances have not matched the technology growth. The real emphasis should be on data analysis. This is what performance drilling is all about.”

New technologies are always being developed, Mr Mensa-Wilmot continued, and that is a good thing, particularly new techniques for logging tools, as well as tools that can withstand high temperatures and pressures. “Based on data analysis, we will know and understand what has happened, how it happened and why it happened,” he said. “With this background, solution strategies can be developed.”

Consequently, he also notes that it is more critical to have the right technology and not just a new technology. “Rather than simply embracing the latest technology, the industry should be digging deeper into and solving the real problems, not just treating symptoms.”

The culprits in what he calls a “disconnect” are lack of training and an ingrained culture. Often, he says,  people rely on their experience, or rules of thumb, to address problems, while neglecting the data. “Our experience should guide and help us understand the data faster,” he explained. “Experience brings you closer to reality and tells you how you did something in the past, but data can help you improve continuously. Experience will help you understand the data, but analyzing data with an open mind is always better.”

“Data is the building block of everything we do,” said Steve Vogel, product line manager, Drilling Solutions. “We help operators optimize energy at the bit by reducing bit-related and downhole vibration-related dysfunctions.”

The company’s 24/7 real-time technology center in Houston streams in one-second data from the rig.

The process does not involve deployment of downhole tools. “The use of our service does not require that we have downhole data or downhole tools.  We can operate using surface data,” Mr Vogel explained. “But if the tools are there, and if downhole data is available, we have access to it. But we typically provide our service simply by using the equipment that the rig has available or based on the rig survey we initially perform.”

In addition to data management and monitoring, the system covers everything from the initial engineering analysis to rig personnel training and support, knowledge management using industry best practices across the rig fleet and field, and continuous improvement methods to address and prevent dysfunction.

The cornerstone of the drilling strategy is a drilling optimization pyramid, with data being the most important element, followed by information, knowledge, understanding and wisdom. Mr Vogel noted, “Without accurate information, we can’t gain the valuable knowledge which leads to wisdom. Our customers don’t want data,” he said. “They want information. We derive the knowledge from the data so we can help them drill wells more effectively.”

NOV IMO’s work for an operator in the Fayetteville shale play began in January 2009 as a pilot project with six rigs and has since expanded to 15 rigs in three fields. The company is now providing service for other operators as well. As in other shale plays, a hard boundary, in this case called the Hale sand, sits above the Fayetteville.

“Getting through the shale is a slow and tedious process,” Mr Vogel said.  “The more optimally we can drill through the shale, either by presenting a better-quality wellbore at the end of that drilling, or less time, or fewer bits, the more we are ahead of the curve.” Lateral drilling begins at the upper boundary and then moves into the lower Fayetteville.  The region is also characterized by complex geography, including several fault lines.

But the bigger challenge is that multiple rigs are operating at once with a limited number of engineers to support those rigs, Mr Vogel pointed out.  “Unlike some operators who may have several engineers for one rig, this operator has one engineer for several rigs. That is the nature of drilling in these shale plays,” he said.  “By partnering with us, the operator can get the help he needs for drilling optimization without having to expend a lot of capital or bring on more people. So, the cost/benefit of using our service is very attractive.”

The system engages from a computing platform on the rig to operate the communications and data acquisition system. “Through a satellite system, we transfer data back to our service center, where our technicians monitor the data and ensure the sensors that are providing the data are operating properly,” Mr Vogel said.

Training is an essential part of the program. “The person who has the most availability to make the most immediate and effective impact is the person on the rig,” he noted. “So, we try to transfer as much knowledge as we can down to the rig level by educating the personnel on drilling dynamics, drilling mechanics and drill optimization theory.”

The economics of the program, based on studies conducted over a year, show an average savings per well of more than $135,000, a 39% decrease in drilling hours and a 29% decrease in average days on the well. “The wisdom we gain from data is what allows us, in partnership with our customers, to do the right thing,” Mr Vogel said. “We’re helping the operators build a whole drilling strategy that gives them the return on investment they want.” 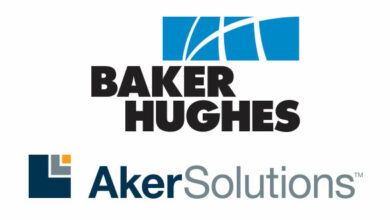 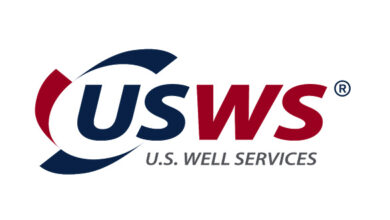