Expandable reamers were developed to improve efficiencies and reduce risk when drilling through problematic formations in deepwater and other offshore wells. While mechanical and hybrid expandable underreamers have been used for some time in offshore applications, they have not provided the communication, operational reliability and flexibility that operators desire  in high cost-per-foot drilling applications.

Baker Hughes‘ newly commercialized GaugePro Echo aims to address these limitations. The on-command digital reamer minimizes the rathole, the bottom part of the wellbore that is drilled with the pilot bit only, and eliminates additional reaming trips typically required to drill this section.

Using expandable underreamers to enlarge deepwater wellbores serves important functions for improving well efficiency and safety. When drilling through unstable formations and challenging conditions, underreaming while drilling or shortly after the bottomhole assembly (BHA) reaches total depth (TD) enlarges the problem zone to allow more time to run casing before the formation collapses. In lean-profile well construction, underreaming enlarges the section below a known casing size to a slightly larger diameter to allow a tighter casing clearance and adequate annulus for cementing.

Lean-profile well construction was introduced by Eni in 2000 to improve deepwater well construction efficiency and safety. Lean-profile wells require rotary steerable systems  (RSS) to create smooth wellbores and expandable reamers to manage equivalent circulating densities (ECDs) and maintain wellbore stability while enlarging the hole under the casing to allow for reliable cementing. ECD is the effective density of the circulating fluid in the wellbore resulting from the sum of the hydrostatic pressure imposed by the static fluid column and the friction pressure. It is an important parameter in avoiding kicks and losses, particularly in wells that have a narrow window between the fracture gradient and pore-pressure gradient. The lean-profile method allows faster drilling, better well control and less material within a narrow pressure window. By reducing the gap between the hole and casing, supplementary casing strings can be added to access reserves that would otherwise be unreachable because of their depth. Alternatively, the reservoir can be accessed with a larger-diameter hole to increase production flow rate.

Ball-activated reamers cannot be placed close to the bit for BHA communication. They can be activated and/or deactivated only once. They provide no confirmation of full blade extension except for window testing. Activation and deactivation time averages 30 min.

Radio frequency identification (RFID) activated reamers provide no confirmation of activation or whether the blades are fully extended or retracted. The RFID chip can cause problems to moving parts of BHAs. Activation and deactivation time averages 30 min.

Hydraulic reamers provide no confirmation of activation or whether the blades are fully extended or retracted. There also can be activation issues. Dynamic dysfunction and loss of steering can occur because activation is always by flow rate. Placement of the reamer 100-300 ft above the bit means that the equivalent portion of the rathole cannot be enlarged without a dedicated trip that typically requires one to two days of rig time.

The first on-command digital reamer was developed jointly by Baker Hughes and Statoil in 2007 as a single-size prototype with hydraulic blade activation, controllable from the surface. The remotely operated hydraulic-electric reamer was used exclusively in the Norwegian and UK sectors of the North Sea.

In 2012, Baker Hughes began to develop several sizes of an improved, downlink-activated reamer for global offshore markets. The reamer is the only one of its kind that can digitally confirm activation and deactivation. Power comes from the electrical current from the MWD system and is generated by a mud-driven turbine or through wired pipe. The blades are retracted using a hydraulically driven piston operating independently of flow rate, fluid pressure, revolutions per minute (RPM) and weight on bit (WOB).

The downlink reamer can be activated and deactivated as many times as necessary and provide real-time confirmation of blade status and position. It also can send back information on oil pressure, oil temperature and vibration in real time. The multiple activations reduce risks by enabling selective reaming of problem formations and reaming of sidetrack windows to facilitate open-hole sidetracks. Activation and deactivation require 8 min or less.

The reamer can be placed multiple times anywhere within the BHA, including near the bit. It can drill and ream in one run, which reduces pipe handling and rig floor time, along with associated HSE risks. Triple-redundancy failsafe measures ensure that the reamer always trips out of hole.

As many as three independent reamers can be placed in one BHA. This feature is especially valuable for rathole reaming. When a main reamer is placed on top of the BHA, to enlarge the wellbore while drilling, and without affecting the formation evaluation measurements, and with another reamer placed near the bit, the traditional second rathole reaming run is eliminated, wellbore conditions are improved and casing can be run significantly faster and safer.

Matching reamers and bits for aggressiveness and cutter size makes it possible to balance loads more closely while drilling  homogeneous formations. For example, if the bit out-drills the reamer, inner formation stresses may have been released by the time the reamer starts drilling a new formation, leaving no weight on the bit. The weight is transferred to the reamer, which can damage the cutters. With no weight on the bit, lateral and whirl vibrations can cause lower BHA damage, and wellbore stability can be lost quickly. Matching bit and reamer for aggressiveness can alleviate or eliminate these risks.

The GaugePro Echo has been commercially tested in the North Sea, the Gulf of Mexico and Malaysia. In the Oseberg South field in the Norwegian sector of the North Sea, using the reamer enabled the operator to drill an 8,195-ft (2,498-m) section 2.7 days faster than the set target despite high calculated ECD in the 12 ¼-in. hole section, low rate of penetration (ROP) from hard formations and unstable formation toward the end of the section. In addition to the digital reamer, the drilling and reaming BHA consisted of an AutoTrak RSS, ZoneTrak G near-bit gamma service, OnTrak integrated MWD/LWD service, CoPilot drilling performance service, LithoTrak azimuthal density and neutron porosity service, and SoundTrak acoustic LWD service. Low vibrations and stick-slip were observed and the reamer was graded with no wear after the operation.

In the UK North Sea Harding field, the reaming system was used to simultaneously drill and underream a 6,645-ft (2,215-m) section in two runs that totaled 288 hours on-bottom drilling, with minimal vibrations, no BHA vibration damage and minor blade wear. The PDC bit design was matched to that of the reamer to optimize the drilling assembly and minimize stick-slip and coupled lateral vibrations. The well was drilled with an inclined trajectory of up to 90°, with as much as 5°/100 ft (30 m) dogleg severity.

In a deepwater Gulf of Mexico well, placing the on-command digital reamer near the bit made it possible to enlarge the wellbore through several types of hard, abrasive formations without a dedicated rathole reaming trip. The operator saved 36 hrs of rig time and $2.1 million. The reamer was activated in a record time of five minutes. Following the operation, it was pulled out of hole in excellent condition. The subsequent casing run and cement operation were successful, with higher-than-expected formation integrity test results.

By using an on-command digital reamer to drill to TD and underream while reducing the rathole section to just 14.8 ft (4.5 m) in one run, an operator offshore Malaysia achieved a more stable and efficient solution for setting casing in a difficult section, eliminated a dedicated hole-opening run and saved $325,000. The section encountered depleted and high-pressure zones. The increased mud weight that would be needed to drill the high-pressure zone would negatively affect the depleted zone above. Difficulty was increased by a dogleg severity of 3°/100 ft (30 m).

Previous reaming runs did not meet the trajectory. Longer ratholes in previous attempts had required a second rathole run,  resulting in unreliable cement job quality and wellbore instability. For the operation to be successful, a rathole shorter than 20 ft (6 m) would need to be drilled on the first run.

Baker Hughes recommended running the GaugePro Echo reamer behind its AutoTrak G3 RSS to allow the operator to drill just short of the high-pressure zone, open the section to 14 ½ in. and set an 11 ¾-in. liner. The RSS was used to stay on planned trajectory, and the digital reamer provided the control the driller needed to open the section from 12 ¼ in. to 14 ½ in. prior to hitting the high-pressure zone. The 14 ½-in. hole diameter was confirmed in real time, and the section was drilled to TD in one run.

In addition to underreaming the wellbore to TD, other methods of controlling ECD in this well included a combination of adjustments of ROP and rotations per minute, drilling fluid rheology management and adjustment of sweeps at different stages of drilling to aid hole cleaning. 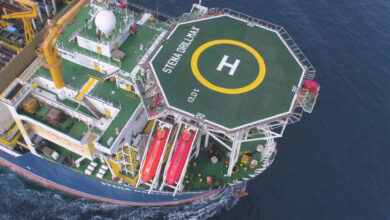 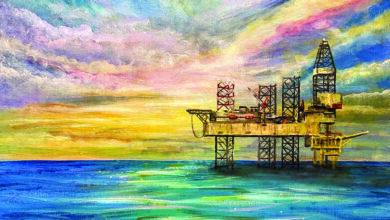 Behind the buzz: How to apply manufacturing methods to well construction