This time, however, American drilling contractors did not overbuild. “The overbuilding came partly by cheap financing but also by Norwegians thinking, ‘Aha, here’s a marvelous opportunity.’ The Americans refused to build mostly, unless they had a rig contract in place,” Mr Strachan said.

Perhaps in trouble the most are the mat-supported jackups. Mr Strachan commented that not only is it not a good market to be in at the moment, it also “doesn’t look like it’s going to recover.”

If the industry looked at only the independent cantilever units, there are 373 units around the world, and 23% are currently not working. Some might argue that the rigs over 30 years old ought to go away permanently, a total of 68 units. “Magic wand, let’s just get rid of 68 old rigs. It’s simple, isn’t it? Then the market will come back into equilibrium,” he said.

Yet the surprising fact, he said, is that this class of pre-1979 jackups has the highest utilization numbers “because they are working for national oil companies.” In fact, the top five users of offshore rigs are all NOCs: Petrobras, ONGC, Pemex, Saudi Aramco and CNOOC.

There is good news, however. First, the fundamentals of the oil and gas business remain “superb,” Mr Strachan said. Energy demand is growing fast around the world, and hydrocarbons remain the dominant energy source. Don’t forget about depletion either, he said, with conservative estimates putting worldwide annual decline at 4.7%.

The second piece of good news is that the oil price “seems to have hit the sweet spot at the moment,” he said. ODS-Petrodata believes that operators are now fixing their project budgets at approximately $75 per barrel. “It’s more or less what Western companies need in order to invest in existing infrastructure, invest in future discoveries and pay dividends. It’s also the price at which most deepwater, West Africa wells for instance, are fully valid. It’s also the price at which tar sands are valid, too.”

Look for the May/June 2010 issue of Drilling Contractor for additional comments from Mr Strachan on the offshore rig market. 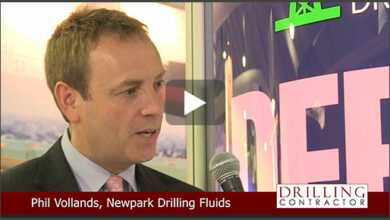