From a young age, Warren Hubler considered himself to be a “hustler.” No, he didn’t aspire to be a scammer or gambler. Rather, he’s referring to the nickname of his childhood role model, baseball player Pete Rose. The story goes that Mr Rose drew a walk in a spring training game during his rookie year. But instead of jogging up the line, he sprinted, thus earning himself the moniker of Charlie Hustle. “That was the type of player that I wanted to be on the team,” Mr Hubler recalled.

This type of go-getter attitude characterized not only the baseball-playing days of his youth but also his 11 years in Naval service and his 30-year career with Helmerich & Payne (H&P). Especially when it came to improving safety on drilling rigs, Mr Hubler demonstrated that just caring about people’s well-being wasn’t enough. That care had to be actively shown.

This meant standing up at internal and industry meetings and industry conferences to make sure safety got the headline treatment it deserved. It meant, for a decade, spending a third of his weekends with new crews at H&P, “preaching safety gospel” that he hoped would engage their hearts and minds before they went out and engaged their hands on newbuild rigs.

It also meant giving out, over his career, more than 10,000 personal, hand-written thank you notes to rig workers who had stepped up and directly protected either themselves or their coworkers from harm. “You have no idea how hungry people in the field are for this kind of recognition,” Mr Hubler said, recalling that many of those field hands would then respond with their own thank-you cards for having their safety contributions recognized.

“That’s part of the legacy that I hope I’m leaving, is active caring,” said Mr Hubler, who retired from H&P in August 2020.

Mr Hubler’s defining moment came early in his drilling career, within the first three months of being hired by H&P in 1990. While he had been hired as a management trainee, it was common practice for new-hire engineers to spend the first few months roughnecking in order “to see how the real work is done,” he recalled.

It was during this time that Mr Hubler found himself involved in what would today be called a Serious Injury and Fatality (SIF) potential incident. While tripping pipe out of a wellbore on a rig in Oklahoma, the 350-lb tongs he had pushed off to the side to grab the drill pipe spinners violently swung around and struck Mr Hubler in the face. The incident left him with two facial lacerations requiring stitches, as well as two black eyes and a swollen face.

A week later, upon reuniting with his family at the Tulsa, Okla., airport, he was dumbfounded when his 3-year-old son didn’t recognize him due to the extent of his injuries. “When your own child doesn’t recognize you because of an injury sustained, simply trying to make a living to provide for your family, it hurt. And from that day on, I refused to let that hurt go away. It was the first of several experiences that inspired me to be a safety champion.”

Mr Hubler’s passion for safety was soon recognized by H&P management, and within a couple of years he had been promoted as H&P’s first-ever Corporate Safety Manager for US and International Operations by then-H&P President George Dotson. Over the following decades, he then served as VP for HSE and as VP of HSE & Training.

During this period of growth for H&P, from the 1990s to 2020, one of Mr Hubler’s main goals was to ensure that the company’s HSE management system and work practices would evolve along with its fleet size. For example, he led the implementation of a drilling-specific DuPont safety training observation program (STOP) at H&P, a process that spanned 24 years. He also actively collaborated with H&P’s leadership in the company’s strategic transition to Culture of CARE to control and remove SIF exposures.

The results speak for themselves: H&P’s recordable injury rate decreased by 90% during this time despite its US land rig fleet increasing from 30 to 300. Further, H&P reduced its lost-time and disabling injury rates by 85% and reduced its injury cost per manhour worked by 65%, equating to an annual savings of $20 million.

Outside of H&P, Mr Hubler also worked through the IADC HSE Committee and its HSE conferences to promote safety across the wider drilling industry. Additionally, he served as Industry Co-Chairman of the National Institute for Occupational Safety and Health (NIOSH) Oil & Gas Council to reduce workplace fatalities. Further, he traveled the world as an SPE Distinguished Lecturer in 2015-2016, advocating for oil and gas companies to “make safety personal.”

“What I hope I leave behind is a passion for people that I truly hope others will adopt,” Mr Hubler said. “I think that’s what it will take for us to achieve that next level of safety excellence. We need to get away from focusing on total recordable injury rates and begin to eliminate the serious injury type of incidents. Just focusing on the high-frequency, low-severity events will not protect our people from the worst events.” DC 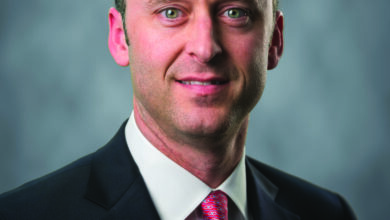 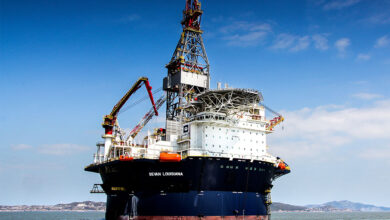 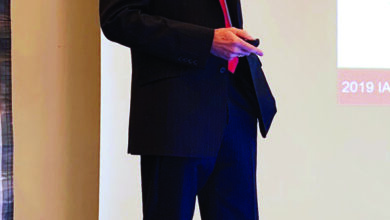