After more than 14 years with IADC and a career spanning 42 years, Joe Hurt, Vice President of IADC’s Onshore Division, will retire at the end of August. Mr Hurt began his career in 1974 with Noble Corp, working on land drilling rigs. He held a variety of other positions during his 25 years with Noble, including Corporate Training Director and Environmental Manager, before retiring in 1999 as worldwide Health, Safety and Environmental Manager.

During his tenure with Noble, he developed the company’s first in-depth training program and environmental manual and revised and updated HSE policies and procedures. He also served on numerous industry committees and API task groups to develop standards and recommended practices for drilling operations.

Before formally joining IADC in 2000, Mr Hurt served as chairman of the IADC Environmental Affairs Committee and was an active member of the

“I was fortunate that my employer emphasized that their employees should be involved with IADC and that I had the opportunity to contribute to IADC’s involvement in making positive changes in our industry,” Mr Hurt said.

At IADC, Mr Hurt was responsible for meeting with various government agencies, providing comments to the docket and testifying at industry-related hearings. He oversaw the Health, Safety and Environment Committee, the Environmental Subcommittee, the Rig Moving Committee and the Underbalanced

“Over the course of his long career, Joe was known for working to ensure that the rigs he worked on

were efficient and safe for his company and his work mates.

He continued these efforts within IADC, but on a larger canvas. His work has enabled the drilling industry to make significant strides forward on safety and efficiency on behalf of rigs and drilling crews everywhere,” Stephen Colville, IADC President and CEO, said.

“I’m most proud of the fact that our industry has made great steps forward in their efforts to train people and develop in-depth health, safety and environmental programs,” Mr Hurt noted. “I hope to stay active in the industry because I feel that the drilling industry has given me so much over the course of my career, and I still feel I have more to give back. Working at IADC was the perfect opportunity to share my knowledge with the industry, and I feel like I’ve done some good.”

The IADC Maintenance Committee has united drilling contractors with OEMs to discuss opportunities for equipment improvements. Frank Breland, Chairman of the Maintenance Committee and Manager of Planned Maintenance for Diamond Offshore Drilling, spoke with DC at the 2014 IADC Asset Integrity and Reliability Conference in Houston on 20 August about partnerships with Caterpillar and National Oilwell Varco. Scan the code to view the video interview.

More than 120 people attended the first general meeting that the IADC Brazil Chapter has held in Rio de Janeiro. Key issues, including IADC influence on regulatory affairs and the application of managed pressure drilling (MPD) in Brazil, were discussed at the 6 August event. Petrobras, which sponsored the meeting, is looking to install MPD equipment on multiple rigs.

Chapter Chairman Hugh Oliver with Ventura Petróleo moderated the meeting. He noted that many IADC members are located outside of Macae in cities such as Rio de Janeiro and Vitoria. With member support, the chapter will be able to hold meetings wherever required.

Complex environments call for better navigation of the human terrain 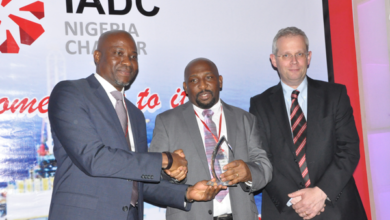 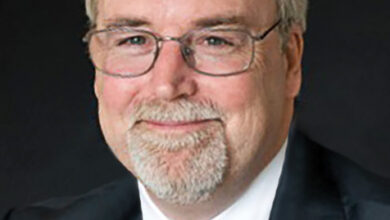