The meeting opened with introductions about IADC’s mission in the global oil and gas drilling industry and its various operations worldwide. This information was intended to raise awareness of IADC’s Asia operations presence and Mr Hlaing’s role in supporting members from the association’s Bangkok office.

The luncheon was followed by a discussion about regional issues and an update of IADC regional activities. IADC was able to enhance its familiarity with current drilling activities and the near-term market outlook.

IADC met with representatives of North Sea oil industry associations in Stavanger in January as part of the association’s efforts to further acceptance of its Offshore Competency Training Programme (OCTP).

Full acceptance of the OCTP would allow drilling contractors to use the programme’s two key components – Basic Introduction to Offshore Safety and Helicopter Underwater Escape Training. Drilling contractors would then be able to move personnel from location to location without having to repeat that training.

Danish and Dutch representatives confirmed their unofficial acceptance of the OCTP at the meeting.

OLF and Oil & Gas UK also accepted the programme’s content since it mirrors the harmonized course requirements for their countries. Achieving their acceptance will still require implementation of an audit program that mirrors the audit program in place within each country, acceptability of auditors/auditor qualifications, modification of the programme’s plan to accept STCW courses as equivalent training, and ongoing transparency of implementation, including tracking of training certificates. Group members indicated acceptance of IADC’s quality assurance plan, contingent on acceptable qualifications of specific program auditors.

Next, IADC will submit the OCTP documents and quality assurance plan to the work group for review. Group members have agreed to individually assist IADC in seeking national trade union acceptance once the programme documentation is deemed satisfactory.

A new online MPD screening tool developed by the IADC Underbalanced Operations & Managed Pressure Drilling Committee will be rolled out at IADC World Drilling 2010, 16-17 June in Budapest, announced committee chairman Brian Grayson, Weatherford International. Mr Grayson made his remarks while opening the second day of the 2010 SPE/IADC MPD & UBO Conference on 25 February in Kuala Lumpur. The candidate selection tool will be made available at www.IADC.org.

Integrating different pieces of equipment on a rig can be a major hassle, not to mention, integration with downhole equipment. A new survey by the Drilling Control Systems (DCS) Subcommittee of the IADC Advanced Rig Technology (ART) Committee seeks to clarify the type of control system that can best provide surface and downhole integration. The survey was designed under the leadership of DCS Subcommittee vice chairman Terry Loftis, Transocean.

During the 2009 IADC Advanced Rig Technology Conference, 35% of the audience selected “integration with the downhole system” as the aspect of drilling control systems that needed the most improvement.

The survey comprises five questions, including a request for contact information, which will be held confidential by IADC. To take the survey, click here.

Drilling Ahead: To MPD or not to MPD? Simplifying daunting decisions 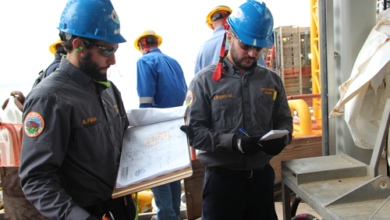 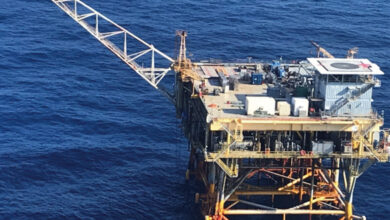 Is your well suitable for controlled pressure drilling? Screening methodology could help you decide