Marathon Oil’s Droshky development in the deepwater Gulf of Mexico began operations on time and under budget on 15 July and has since ramped up production to approximately 45,000 net bbl/day of oil equivalent, consisting of approximately 39,000 bbl/day of liquid hydrocarbons and 39 million cu ft/day of natural gas.

The Droshky development consists of four wells tied back to the third-party Bullwinkle platform. Three of the four wells are producing at better-than-projected levels, while production from the fourth well has been delayed due to an equipment issue. Marathon plans to re-enter the fourth well in Q1 2011 to make the necessary repairs.

Droshky is located in approximately 3,000 ft of water in Green Canyon Block 244, about 160 miles southwest of New Orleans. 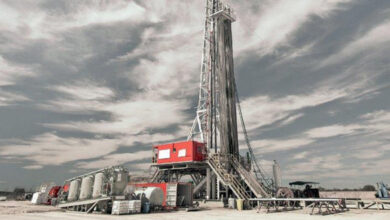